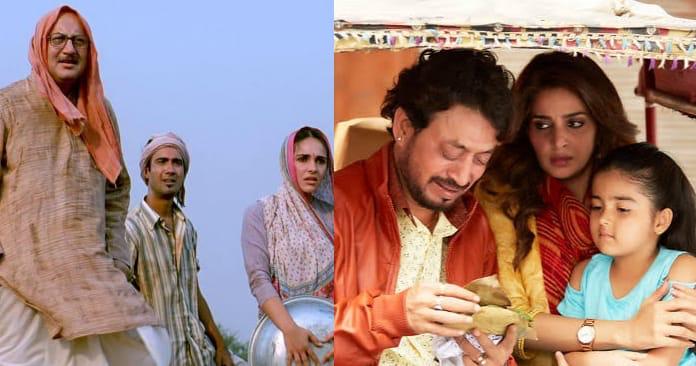 There’s a say that when you stare stairs then stairs stares
at you too. This is also common with Bollywood movies, sometimes filmmakers
take inspiration from real-life incidents and stories to create wonderful
movies. But sometimes, wonderful movies also inspired people to commit crimes
in real life as well.

Recently some incidents came in light when people were caught committing crimes that are inspired by fictional movies. There’s an incident in Australia where Indian man was accused of stalking two women and escaped conviction on the grounds of Bollywood movies where stalking leads to women falling for the man.

Here we created a list of 7 Bollywood movies that inspired Indians to commit crimes in real life.

A businessman in Jawahar Nagar was caught with forged income documents, voter cards, and birth certificates addressed as Sanjay Camp, a slum near Chanakyapuri. He was living the double life just for the sake of his elder son’s admission to Sanskriti School.

The accused Gaurav Goel lied that his annual income is just 67,000 rupees, and he worked at an MRI center. Well, if you have watched Hindi Medium then you find the similarity of the plot.

In the movie, Irrfan Khan and Saba Qamar left their lavish lives and went to slum for the admission of her daughter in English Medium school.

In 2016, the real version of Shah Rukh Khan starrer Darr came into media reports when Snapdeal employee Dipti Sarna got kidnapped by Devendra Singh. When Devendra got arrested, he said he was inspired by the movie Darr.

His actual plan was to abduct Dipti and then win her love. Some of his friends have helped him in the abduction but no one was aware of what Devendra was up to.

After the abduction, Devendra took her to a standard location and took care. He made his heroic image by saying his movies were different and he was trying to save her.

The movie Special 26 is inspired by a real story of the 1987 Opera House Heist at a Mumbai branch of Tribhovandas Bhimji Zaveri Jewellers.

But the movie inspired the armed robbers who posed as CBI officials struck a branch of Muthoot Finance in Hyderabad and left with 40 kg of Gold.

Hyderabad CP Sandeep Shandilya said, “The first one of
them dressed as a traffic cop went inside and said officers from the CBI have
arrived. Then another one posing as a CBI official said they were there for a
search after receiving information that people were converting black money into
gold post demonetization.”

Robbers also took the CCTV footage at the branch. All the
employees and eyewitnesses gave their statement that robbers were dressed like
officials and spoke English and Hindi.

Munna Bhai M.B.B.S. was a blockbuster movie. Many people saw this movie and got an inspiration. Instead of so popularizing Jaadu Ki Jhappi’s moment, focusing on Doctor-patient relations, people took inspirations on how to clear entrance exams.

In 2017, two men were caught for appearing in entrance exams on behalf of an aspirant. In 2016, 12 impersonators were caught in Uttrakhand Ayurveda Pre-Medical Test.

In 212, the Crime Branch caught a racket that involves entrance examinations to the postgraduate course at AIIMS.

Abhishek Bachchan and Rani Mukharji starer Bunty Aur Babli is a blessing for conmen as they can learn many tricks to con others. In the movie, Bunty and Babli used to loot rich people who are dressed as local guides. Business partners, and religious priests.

The movie inspired a couple who wants to make quick money. They were involved in dozens of cases that are an attempt to murder, robbery, snatching, theft, assault, and attacking policemen on duty.

Jagjeet and women were arrested and during the investigation, they confessed that they got inspiration from the 2005 release Bunty Aur Babli.

A boy in the Meerut got inspiration from the Vivek Oberoi’s character in Shootout At Lokhandwala. He kidnapped a 15-years-old boy and asked his father for 50,000 Rupees and later brutally killed that boy.

Hat young boy had movie stored on his mobile. He used to watch the movie every day to imitate the mannerism of the actor.

The crime Branch caught a gang of thugs who used to sell DDA
plots in New Delhi. He confessed that he got inspiration from the movie Khosla
Ka Ghosla.