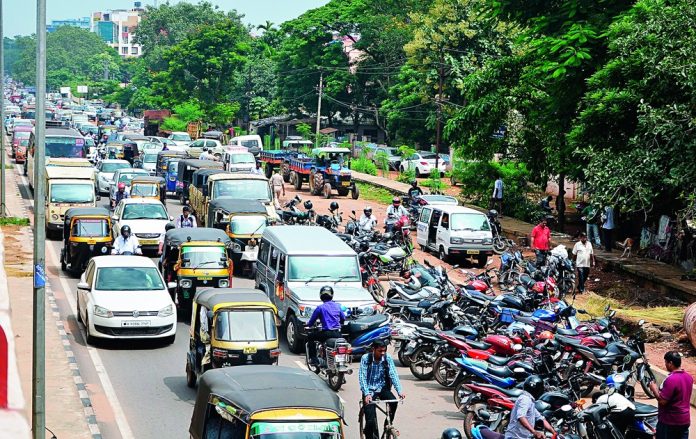 Bhubaneswar: Heavy traffic snarls on the Nandankanan road in the city Tuesday proved fatal for an ailing five-year-old. Neel Nitesh Nayak died as the ambulance carrying him to the hospital got stuck in traffic jams.

The deceased’s father, Nirad Kumar Nayak, who hails from Kendrapara, stays in Old Town area of the city. Neel complained of stomach ache and vomiting two days back. Nirad, a car driver, had brought him to Capital Hospital where a doctor prescribed medicines to the child. However, his health aggravated Monday night.

The family rushed him to Capital Hospital again. However, the doctors asked Nirad to shift him to SCB.  Meanwhile, his kin decided to take him to a medical college at Patia by a private ambulance.  However, they could not reach the hospital in time due to heavy traffic snarls on the way to the medical college. The family alleged that it took them around an hour to pass the stretch from Kalinga Hospital square to Patia Square. Nirad claimed that doctors told them that his son could have been saved had he reached the hospital half an hour earlier.  Nirad had pleaded with commuters to give passage to the ambulance, but to no avail.