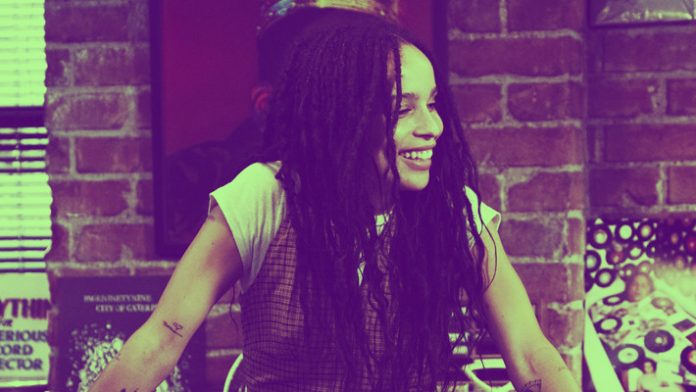 Before I break down my all-time top 5 reasons why you should give Hulu’s High Fidelity a chance, let me tell you about how the first adaptation of Nick Hornby’s novel of the same name hit me center mass back in the day. Like the remake, 2000’s High Fidelity was about love, the pursuit of it, the damage left by the ones that can’t or won’t stay, and how the memory of them turns into fire-charred wreckage that you have to climb over or walk through just to get on with life.

The music was sick, too. Pretentious in what was and wasn’t cool, but it was okay because if you paid attention and came up at a certain point you were on the right side of the divide. As Rob, an effortlessly cool Chicago record store owner (shortly before the archetype got stuffed, mounted, and displayed with great prominence in 4,000 other films and TV shows), John Cusack was tortured by love lost, cynical, a dick, and perpetually surrounded by loser friends in a clubhouse filled with cool stuff — aka a slacker hero. But then things got better for Rob. Love lost was found as an addiction to first stage feelings got kicked for a truer high and he found creative purpose while still getting to hang around in the clubhouse with the stuff — a slacker’s reward. In a lot of ways, the High Fidelity movie is a fairytale.

When I read that a Hulu remake was coming, I rejected possessive instincts about the original (applause break) but assumed that this new version couldn’t make me feel the same way — not in my 30s and married with slacker herodom no longer a viable (or attractive) option. But now I don’t know. Not after having seen the 10 episodes that makeup season one.

Here’s why, presented gently with few enough spoilers to make it worth a read if you haven’t seen the show yet.

5. Something vintage, something new

The best covers are the ones that find a new way into the material, delivering a sense of familiarity and freshness at the same time in service to listeners old and new. That’s the challenge for a remake and it’s one that High Fidelity delivers on.

Zoë Kravitz’ own effortlessly cool and tortured record store owner (in New York and not Chicago) is also named Rob (Robin) and her crew is, in some ways, modeled after the roles played in the film by Todd Louiso and Jack Black. Rob’s past romantic failings are also echoed, but it’s refreshing to see IG influencer vapidity get poked at while putting a modern spin on Catherine-Zeta Jones’ self-interested climber (played here by Ivanna Sakhno). The definition of the cool musician trope is also played with, swapping the original film’s Lisa Bonet (Kravitz’ mother) for Thomas Doherty, who plays a smoldering nineteen-year-old Scottish singer on a seductively exciting whirlwind.

2020 Rob’s relationship with her most impactful ex is the key, though. In the film, Tim Robbins’ chill hippie was a total tonal opposite from Cusack’s tense hyper-critic; a cartoon character that made it that much easier to root for Rob (despite his failings) in his pursuit of Laura (Iben Hjejle). But the show doesn’t ride those same rails (even if it does borrow a couple of recognizable beats). Instead, in a nod toward a more nuanced experience, Rob’s ex, Mac (Kingsley Ben-Adir) is in a seemingly happy relationship with Lilly (Dana Drori), a seemingly nice woman who doesn’t seem to deserve the toxicity that comes from Rob’s continued feelings for her man.

The soundtrack is a phenomenally eclectic assemblage of goodness that fits so well with the show’s place in time and space (Crown Heights, Brooklyn). I’ve seen some general criticism of the show’s lean toward classics over more contemporary music or even music that 2020 Rob would have likely grown up around. The feeling being that movie Rob and TV Rob have similar taste in music and that it’s improbable for a ’90s kid to hate Boyz II Men and get hooked on Blondie, Bowie, and Zappa. But that assumes that a linear progression is all that’s possible when it comes to music exploration and that old unequivocally equals bad. Instead, apply the analogy that music is like an ocean and we’re pushed and pulled in different directions by the winds of pop culture and the tastes of the people we grow up around (parents, friends) and what they turn us on to. And sometimes we hear something and we paddle vigorously to keep going in that direction. Let’s assume that describes 2020 Rob and that there’s nothing wrong with that.

All credit to the writers (of which Kravitz is one) for finding ways to give Mac, Rob’s brother Jackson (Rainbow Francks), an on-again/off-again maybe-boyfriend named Clyde (Jake Lacy), and her employees/friends Simon (David H. Holmes) and Cherise (Da’Vine Joy Randolph) a clear presence, definition, and room to run. Particularly Randolph, who injects so much heart and energy into a character that could have easily been one note, and Holmes, who carries an episode that further establishes his journey from being one of Rob’s top 5 lost loves to her gay best friend who is lost in his own mistake-riddled search for love.

There’s a scene when 2020 Rob gets called messy and it’s such a great description for the show’s approach and the character. And I mean that in the best possible way.

I don’t want to get too heavy because this is still an article about a comedy, but there is a tragic note to anything about someone who is trapped in the realization that they had and lost what we’re all conditioned to seek. Do we feel sympathy or empathy for a story like that? I used to think it was the latter when it came to the film but now I don’t know that I really got the chance to know that character enough to see myself in him beyond labels like “slacker” and “romantic” and generalities about love being hard and arrested development being easy.

The messiness of life and love that’s on display through 2020 Rob (and the show’s other characters) makes for a compelling and authentic experience. You feel closer and closer to this version of Rob because you’re able to see a long list of missteps, developing a want for something good to happen to her as we ride with her through all those defeats. Again, that’s the benefit of a television show’s sprawl, but it’s also a testament to the handling of the material and the actress at the heart of the show.

Zoë Kravitz does such a good job of making the audience feel and understand her character’s ache, but we’re also shown her light and what pulls people into her orbit as she runs through a full spectrum of emotions and moods across a 10 episode ride — joyful, sad, defeated, resilient, in denial, staring at the sun of self-realization, reckless, restrained, open and closed. No matter if you are satisfied or dissatisfied with your love life or your place in the world, there’s a pathway to empathy here and it’s largely unlocked because of Kravitz.

1. Tired of the fantasy

I want to stay committed to the idea that this have value for people who have yet to see the show so I won’t go too far into how season one ends, but I will say that it leaves open the possibility for more and it diverges from the film in a way that feels exactly right because, unlike the film, this is not a fairytale. And while I will always love the memory of the film (which was, like all things, a product of its time), I think, like John Cusack’s Rob at its end, I don’t know that I want fantasy or fairytales right now. I think I prefer stories that get a little messy and a little real and complex, and that, among other things, is what this show delivers.