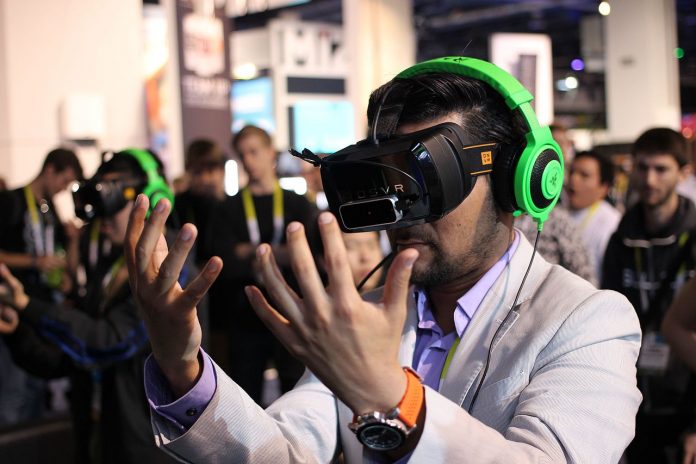 When we think of virtual reality, we think of roller coaster simulations or battling augmented space aliens; but virtual reality advancements have expanded far beyond high-end gaming and entertainment. While it’s still in its early stages, virtual reality has been introduced as a powerful resource in major fields. Adopted and applied in the world of healthcare, VR allows us to make strides in education, medical training, and mental health.

TIME’s Recreation of The 1963 March on Washington

A few years ago, TIME magazine’s Mia Tramz and film director, Alton Glass, began suiting up to take on an intensive virtual reality project—one that was intended to stretch far beyond mere entertainment, and deliver to us, an innovative and immersive experience. The March, an exhibit due to open in Chicago’s Dusable Museum of African American History February 28, 2020, invites people to travel back to the year 1963 and witness like never before one of the most profound moments of our nation’s history: the March on Washington. Recreating this experience through VR allows people to learn history as if they were there firsthand; we don’t just read about it or watch it on a screen, we’re actually there. At this exhibit, people can stand in the crowd, as Martin Luther King Jr. delivers his “I Have a Dream” speech for, what would feel to them, the very first time. This kind of learning offers a powerful perspective, one that doesn’t translate through textbooks or films. We may not be time traveling yet, but we’re damn close to it.

About two years back, nurses from ChristianaCare in Newark, Delaware, grew concerned about the mental well-being of their patients during chemotherapy. Utilizing an idea presented to them by a patient’s caretaker, the nurses developed a program that welcomed cancer patients to unplug from reality and plug in to an escape. With a VR headset, patients can flee from dreadful, fearful thoughts that they may experience and be put at ease as they choose from several different simulated environments to vacation in. These headsets allow patients who are limited by their medical condition to travel without the barriers of reality getting in the way. A service that offers a very real impact in patients lives, it’s no wonder that this program has made its way into more medical centers since its debut in ChristianaCare.

In recent years, researchers found that VR technology can assist in the treatment of phantom limb syndrome—a very common syndrome in which amputees experience painful or discomforting sensations in a limb that no longer exists on their body. For a while, the treatments only went as far as pain medication. Now, with virtual reality, we’re able to dive a bit deeper and treat amputee patients using a psychiatric approach. Tricking the brain into believing that the nonexistent limb is still attached to its body has been found to be the most effective approach in relieving these symptoms; VR allows amputees suffering from phantom limb to enter an alternate reality where they apply VR goggles along with small electrodes on the stump of the phantom limb and the existing limb, and interact in this virtual reality where they feel as if they’re using both. This kind of approach has been found to be impactful in treating the phantom pain amputees so often endure.

Above we saw how VR can benefit patients during distressing events, but it’s also providing a great deal of benefit to those behind the scalpel—surgeons. Medical students have been employing simulated realities to practice freely on virtual patients and master complex procedures so that they can later apply these skills during real-life operations. Allowing students to practice such high-stake procedures without ramification of operating on a real life can be exponential for medical growth.

Augmented reality is just that—a false sense of reality. But false reality doesn’t always mean unrealistic. In fact, some VR simulations are meant to replicate reality, which is where some of the wildest virtual reality advancements stem from.