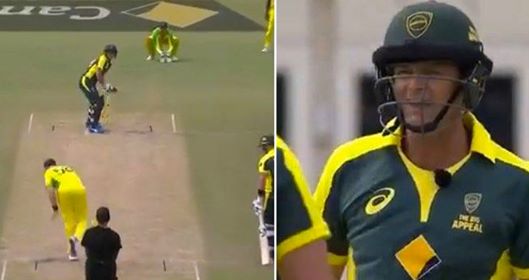 On Sunday, the much-talked-about ‘Bushfire’ relief match was finally played at the Junction Oval in Melbourne. The match was played between two teams — Ricky Ponting XI and Adam Gilchrist XI in order to raise funds for the people affected by raging Australia’s bushfire that has made a devastating impact on major parts of the country.

After the match, Cricket Australia confirmed that the Bushfire relief match featuring the legendary cricketers was able to fetch over USD 7.7 million for the noble cause.

The 10 over match was no less than eye treat for the fans as we got to see many legendary cricketers playing together. Watching cricketers like Sachin Tendulkar, Brian Lara, Wasim Akram, Ricky Ponting, and Adam Gilchrist, return back to the field after so long brought back many amazing memories making everyone feel nostalgic.

Talking about the match, Ponting XI emerged victorious by 1 run against Gilchrist XI. Ponting XI posted 104 for 5 on the scoreboard in overs with former West Indies captain Brian Lara turning out to be the top-scorer of the match. He scored 30 runs off 11 balls, smashing 3 boundaries and two sixes.

Chasing the target of 104 runs, Gilchrist XI started off well with Shane Watson and Adam Gilchrist adding 49 runs before their first wicket.

Adam Gilchrist showed his brilliance once again and rolled back the time as he smashed a stunning six over mid-off, leaving everyone’s jaws fell open. Gilchrist scored 17 runs off 11 balls with the help of two fours and a six before he was bowled by Luke Hodge.

Six over mid-off, if you don’t mind!

Pffft. You don’t make him wear a helmet.

He’s still got it!

still powerful as well as in past

That’s why he is best in the world … best in cricket history .. no one is better than him

@BrianLara is a man who is 50 years old. If he says age is just a number, I gotta believe him. It’s like he hasn’t skipped a beat since retirement. What a legend!

Still he is playing better than Sarfraz