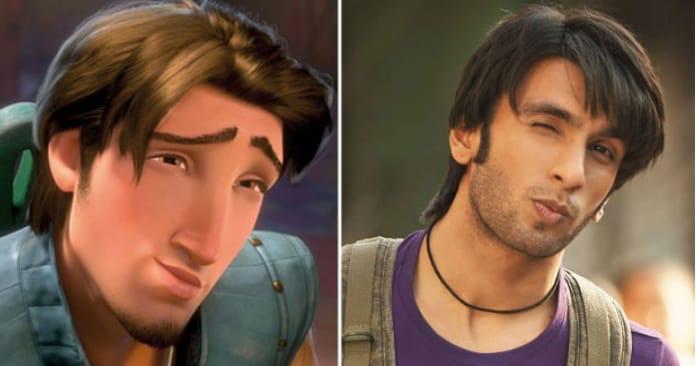 Did you ever thought of how are famous Bollywood celebs will look like as animated cartoon characters. we have seen the famous celebs in different roles and how they enact to be someone they are not.

Bollywood and cartoons have no connection but we have seen in the past years we have seen Bollywood working on animated movie there are doing a voice over for the animated characters of the movie.

The appearance of the cartoon characters and the celebrities is so amazing that we could imagine how easily they can fit in the role.

We found Irfan as one of the bollywood celebs who looks quite similar to character Timon.

Anil kapoor’ look in the cap reminds us of the character Baloo from famous comic show Talespin.

No offence this was shared just for fun.

From the apperance Johnny was the ideal lookalike of Arjun Kapoor in bollywood.

Muscles,looks,hairstyle and face cut all look the same. Hrithik will look super amazing as Greek God.

Akshay’s look from the movie Action Reply is similar to famous Spongebob.

Bittu sharma from Band Baja Baraat has same hairstyle and even expressions to Eugene Fitzherbert.

Well Darsheel safari was not as fast as Bugs Bunny in the movie Taare zameen par but he was equally sharp minded like the cartoon.

Ram can easily play the character of Fred from the Flinstones.

Checkout some more cartoon characters and bollywood actors who look the same.