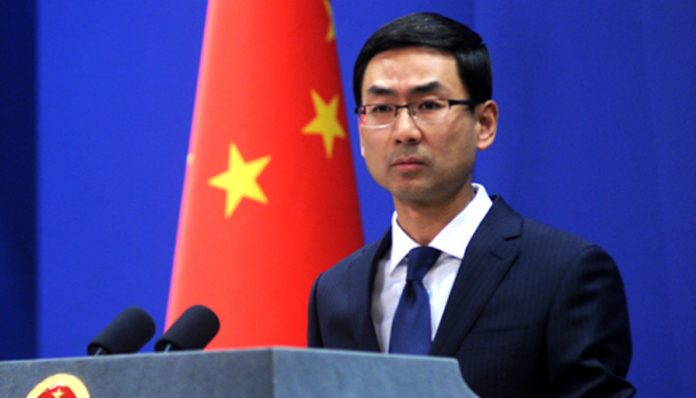 Beijing: The coronavirus outbreak infected 27 non-Chinese nationals in China and two of them have died, the Chinese Foreign Ministry said Monday. It assured that the country attaches great importance to the health and safety of all foreign citizens.

The  SARS-like coronavirus outbreak has killed 908 people and at least 40,000 others have been infected by 2019-nCoV, which is believed to have emerged late last year in a market in Wuhan.

Chinese Foreign Ministry spokesman Geng Shuang during his online media briefing here said 27 foreign citizens in China were diagnosed with the novel coronavirus. Among them, three patients have recovered and discharged from the hospital, he said.

Two foreigners – an American woman and a Japanese man – died from the coronavirus Saturday in Wuhan while 22 others are undergoing treatment, Geng said.

While China has not given the details of the foreign nationals who contracted the virus, reports from other sources said four Pakistanis and two Australians were being treated for the coronavirus attack.

Geng said China provided best treatment to the 60-year-old American woman who died due to the virus.

“While medical workers were doing the best to treat her in the hospital, the Chinese side has also been in contact with her family in China. We offer the deepest condolences over her passing. We have notified the US through diplomatic channels and will offer necessary assistance to the US side and her family,” Geng said. He also expressed condolences to the family of Japanese national who died in Wuhan.

Geng said China attaches great importance to the health and safety of all foreign nationals in Hubei province capital Wuhan, the epicentre of the outbreak.

“We have taken effective measures to timely respond to their reasonable concerns and requests. WHO director general Tedros Adhanom Ghebreyesus has also stressed many times that flying out in a rush is not recommended, the best way is being stay put and enhancing self-protection,” asserted Geng.

“We hope that WHO’s professional recommendations will be respected.  For those countries that wish to take home their nationals, China will make relevant arrangements and offer necessary assistance consistent with international practices and our domestic epidemic control measures,” informed the spokesperson.