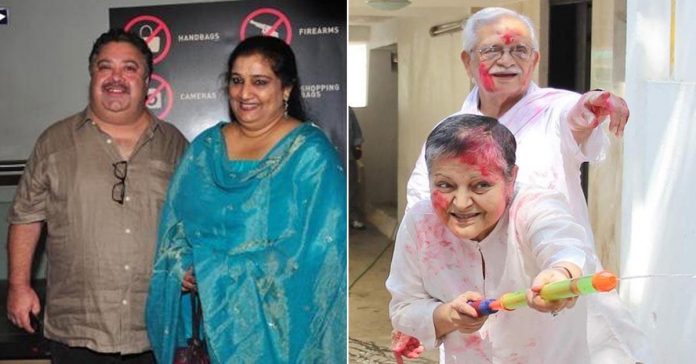 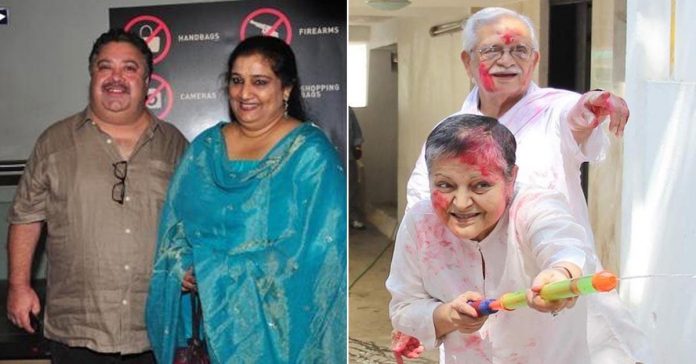 People love to see a couple of power. Indeed, people of the same profession often end up falling in love with each other. There are many examples of power couples who worked in Bollywood together.

Check out the list of 19 most talented couples working in Bollywood.

Aamir and Kirron met during the shooting of Lagaan. They
both fall in love and Aamir married Kirron. The couple lives a happy life where
Aamir Khan is a Bollywood superstar, Kirron Rao is director and producer.

Saif got married to Kareena Kapoor after they worked in the
movie Tashan. The couple is the most celebrated actor couple in Bollywood. And
of course the parents of Taimur Ali Khan.

The unusual Jodi of the director and singer is awesome.
Vishal Bhardwaj is a famous Bollywood director while Rekha is known for her
soulful voice in the industry.

Manoj Pahwa and Seema Pahwa both are character actors and
carved their own space in the Bollywood. Recently both actors have done many
movies and get a lot of appreciation.

The king khan is known for his romantic image in Bollywood.
However, Shah Rukh is very devoted to his married life with his gorgeous
producer wife Gauri Khan.

The recently married couple in Bollywood is Deepika and
Ranveer. The couple has done a couple of movies together before their marriage,
and fall for each other.

Naseeruddin Shah is one of the best actors in Bollywood, and
similarly, his wife Ratna Pathak is making her name in the industry. Ratna
Pathak has featured in ‘Lipstick Under My Burkha, while Naseer was the lead
hero in The Dirty Picture.

Pankaj Kapur is the actor-director in Bollywood while
Supriya Pathak is a veteran actress. The couple is famous for the numerous
characters they have portrayed in Movies.

Abhi and Aish was the much-talked couple once in the
Bollywood. Abhishek Bachchan and Aishwarya Rai both have done many blockbuster
movies. The couple has done several movies together, in which Guru and Dhoom 2
were a big hit.

Rani Mukerji is the actress while Aaditya Chopra is one of
the best directors and the mind behind ‘Dilwale Dulhaniya Le Jayenge’. Aaditya
Chopra has produced most of Rani Mukerji’s movies.

Anupam Kher has played the favorite on-screen dad in many
Bollywood flicks. Kirron Kher featured in movies as the coolest on-screen mom.
Thus, the couple is a great parent for Bollywood.

The most successful director in Bollywood is married to one
of the great film critics and entertainment journalists. Together, the couple
makes cinema proud.

One of the best film writer, poet, and lyricist got married
to an actress. Shabana Azmi is the daughter of the poet Kaifi Azmi. The couple
has given many gems in Bollywood with their work and love for cinema.

After the first film together, Amitabh Bachchan got married
to the actress of the film Jaya Bachcha. The couple still works in movies. This
couple is one of the most loved couples in Bollywood.

Well, Akshay Kumar had many affairs with his co-stars before
his marriage. However, the Casanova inside Akshay Kumar transformed into a caring
husband for Twinkle Khanna.

Dilip Kumar and Saira Banu are the oldest Bollywood couple.
The couple was a superstar at their time, the age gaps, and social pressures
all died because of their love.

The Singham of Bollywood is happily married to Simran. Kajol
and Ajay Devgan got married long ago, they still used to work in movies. The
couple is fun and adorable to watch.

Sanjay Dutt is one of the best actors in Bollywood. He
married Manyta Dutt who happened to be an actor herself. The couple looks
adorable together.

Rishi Kapoor and Neetu Kapoor have done many movies
together. They fall in love and end up getting married.