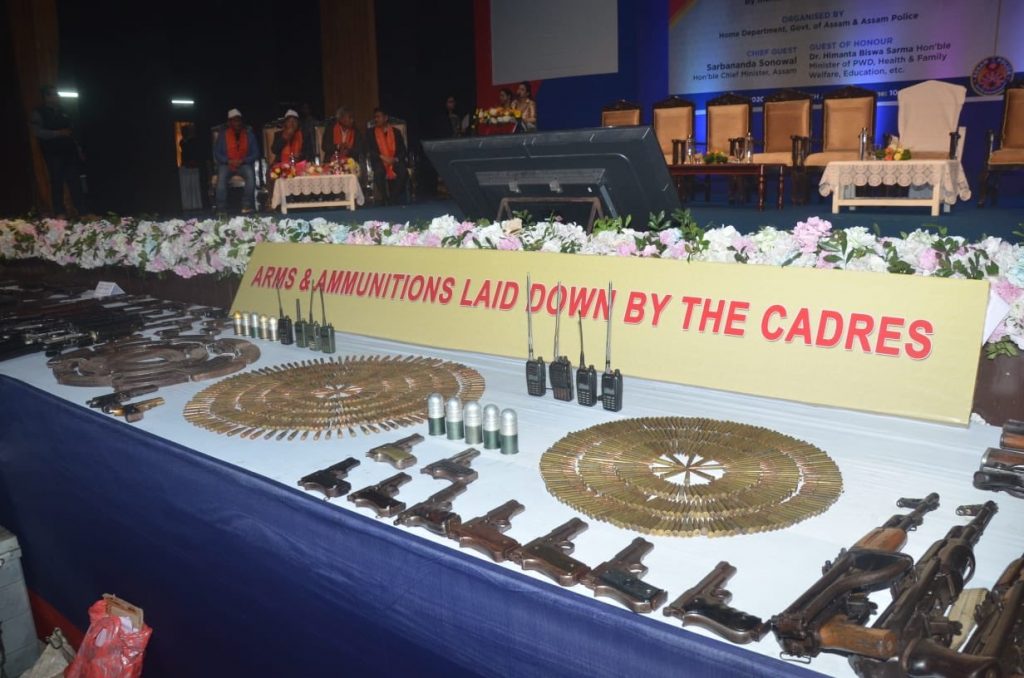 The move comes three days after the Centre and the Assam government signed a peace accord with Bodo organizations – NDFB and All Bodo Students’ Union – with Union Home Minister Amit Shah stating that the agreement will usher in a ‘golden future’ for Assam and its people.

Welcoming the cadres – 836 of the NDFB-Progressive, 579 of the NDFB-Ranjan Daimary faction and 200 of the NDFB(S) led by B Saoraigwra – to join the mainstream, Sonowal said he was confident that the move will inspire others, who were yet to give up arms, to come together and work for ‘Team Assam’.

Over 4,800 weapons, including AK rifles, light-machine guns and stenguns, were laid down by the cadres.

“We will have to work together for Team Assam to make it a front-runner state in India and the whole of South East Asia. By giving up the path of violence you have come forward to walk on the road of development,” Sonowal said.

Sonowal insisted that ‘Prime Minister Narendra Modi, Amit Shah and our Assam government, along with you, will ensure peace and development in Bodo areas’. “If the Bodo society progresses, Assam will also progress,” the chief minister asserted.

Asserting that the cadres laying down arms on Martyrs’

Day’ proves that ‘they want peace in Assam’, Sonowal said, “We are one. Bharat Mata ki Jai should be our slogan now on. If the Bodo society progresses, Assam also progresses.”