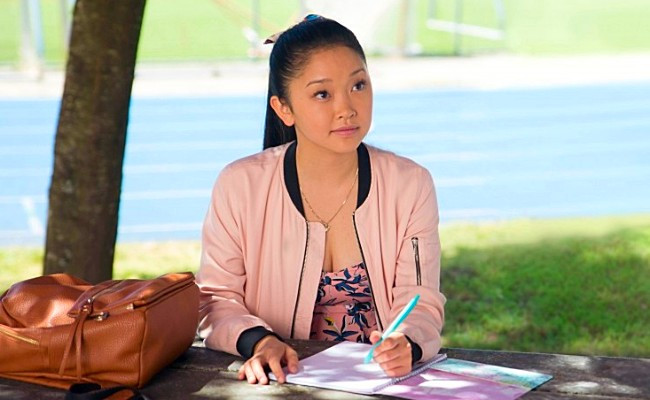 Along with its slate of Emmy-nominated TV series, Netflix is churning out some high-quality feature-length content as of late. The streaming platform has been building a deep well when it comes to film, filling it with everything from period dramas and millennial romcoms to quirky biopics, sci-fi love stories, and enthralling deep-dive documentaries. In other words, if you thought TV was the only thing the binge-heavy subscription service had to offer, think again.

We’ve sifted through a slew of titles to pick the cream of the crop when it comes to Netflix’s original lineup so make sure you have some space in your queue. These films deserve to be there.

Martin Scorsese delivers another cinematic triumph, this time for Netflix and with the help of some familiar faces. Robert De Niro and Al Pacino team up (again) for this crime drama based on actual events. De Niro plays Frank Sheeran a World War II vet who finds work as a hitman for the mob. Pacino plays notorious Teamster Jimmy Hoffa, a man who frequently found himself on the wrong side of the law and the criminals he worked with. The film charts the pair’s partnership over the years while injecting some historical milestones for context. It’s heavy and impressively cast and everything you’d expect a Scorsese passion-project to be.

Netflix spent much of 2017 trying to establish itself as an alternative to movie theaters as a place to find quality new films. The results were mostly strong, and none stronger than Mudbound, Dee Rees’ story of two families — one white and one black — sharing the same Mississippi land in the years before and after World War II. Rees combines stunning images, compelling storytelling, and the work of a fine cast (that includes Jason Mitchell, Carey Mulligan, Garett Hedlund, Jason Clarke, and Mary J. Blige) to unspool a complex tale about the forces the connect black and white Americans and the slow-to-die injustices that keep them apart.

It’s hard not to like a guy as talented and charismatic as Idris Elba but the actor plays a morally-corrupt psychopath to perfection in Beasts of No Nation. As the Commandant, Elba recruits young boys to his rebel army fighting the government of Ghana by forcing them to undergo a brutal initiation process. Agu, a young boy who saw his father and older brother murdered at the hands of the government, is captured and indoctrinated into the Commandant’s army, suffering through terrible torture, both physical and psychological, before he eventually escapes.

Bong Joon-Ho’s send-up of corporate farming and environmental abuses isn’t subtle. Tilda Swinton goes all-out as the CEO of an evil corporation, only to be outdone by Jake Gyllenhaal’s broad turn as an unstable TV host. But its tale of an endearing, genetically modified “super pig” and the girl who loves him is effective and contains both some terrific action set pieces and the most affecting child/strange beast relationship this side of E.T.

The basic gist of this follow-up to Vince Gilligan’s beloved TV show is that it picks up right after the events of the series finale, with Jesse Pinkman (Aaron Paul) on the run and looking a bit worse for wear. He seeks shelter with Skinny Pete and Badger, long enough for a shower and a shave, before heading off to confront the people who destroyed his life. To give anything more away would be to spoil the excellent work that Gilligan and Paul put into this thing.

The Coen brothers are back with a slick new Western romp, one that serves as an ode to all of the tropes present in Hollywood’s best Wild West adaptations. Split into six parts, each story is loosely connected although thematically and tonally different. Tim Blake Nelson stars as the titular hero, a sharpshooting songster who takes part in the film’s opening musical portion. From there, we get stories of outlaws getting their due, prospectors mining for gold, ghostly hauntings, and wagon trails. Forget trying to follow the thread and simply enjoy the ride with this one.

Paul Rudd is at his most charming and charismatic here. He plays a newly trained caregiver to a distant teenager with muscular dystrophy named Trevor. After some ice breaking, the two set out on a trip to see some of the most boring roadside attractions middle America has to offer. If you’re feeling down, this one will pick you up.

Plus… it’s Paul Rudd. That dude is always a ray of sunshine.

Noah Baumbach’s star-studded divorce drama takes a look at messy breakups with Scarlett Johansson playing an actress and mother named Nicole, who is intent on separating from her stage director husband Charlie (Adam Driver). Laura Dern and Ray Liotta play their hard-hitting lawyers, who don’t help in diffusing the tension and resentment building between the pair when Nicole moves herself and their son across the country. It’s an intimate look at the emotional wreckage of a divorce and the struggle to put a family back together again, and it’s carried by some brilliant performances by Driver and Johansson.

Netflix’s original flick is being hailed as the best teen rom-com of the decade and for good reason. The story stars Lana Condor as Lara Jean Covey, a junior in high school who tends to write her crushes love letters but never actually send them. After those same letters are anonymously sent, she’s forced to do damage control by carrying on a fake relationship with one of her former love interests. It’s a sweet, oddly empowering twist on the classic rom-com trope, and you won’t be able to scroll through Twitter without coming across a Peter Kavinsky stan account, thanks to this one.

Ali Wong and Randall Park star in the latest rom-com from Netflix. This time around, the plot follows two childhood sweethearts who’ve spent the last 15 years apart and try to reconnect when one moves back home. Wong plays a successful chef opening a new restaurant in San Francisco while Park plays her former best friend still living at home and working for his dad. Both have some growing up to do, but the film eschews classic romcom tropes for bits that are funnier and more poignant than your average lighthearted fare.

Sandra Bullock’s apocalyptic sci-fi saga has spawned more than just a ridiculous internet challenge, it’s also renewed our love for monster-driven thrillers. Sure, we never actually see the otherworldly beings that cause people to commit suicide if they open their eyes, but the danger they pose and the fear they instill is still viscerally real. Bullock plays a mother trying to protect her two young children and survive amidst a group of strangers with their own agendas and issues. The supporting cast in this one — Trevante Rhodes, John Malkovich, Sarah Paulson, and Tom Hollander — are fantastic, which distracts from some of the more questionable story choices.

Anyone who caught Jessica Williams during her tenure on The Daily Show knows that she’s destined for greatness. Despite being so young, she had a confidence, a voice, and a commanding presence that you just can’t fake. The Incredible Jessica James is her first starring vehicle since her time as a correspondent, and it is a true testament to where she’s headed. In a clever look at the life of a struggling playwright who is getting over a breakup, The Incredible Jessica James allows Williams to unleash her fire in the most charming way possible, and she and Chris O’Dowd have an easy chemistry that makes you root for them to make it despite not having a thing in common. Having just come out last year, The Incredible Jessica James is still one of the best comedy movies Netflix has delivered.

Kathryn Hahn and Paul Giamatti star in this dramedy about a middle-aged couple trying desperately to have a baby. Hahn plays Rachel, Giamatti her husband, Richard. The two undergo all kind of in vitro treatments in order to get pregnant but quickly realize the process is draining on their marriage and their intimacy as a couple. When their 25-year-old niece comes to stay with them, they’re forced to re-think the idea of having children of their own and dig into what’s really fueling their desire for offspring. Hahn is brilliant as usual, but she finally gets the starring vehicle she deserves, and Giamatti is her capable screen partner. What’s really refreshing about this film, though, is its refusal to treat a subject that’s been overdramatized so much on screen with kid gloves, instead giving us a funny, heartbreaking look at infertility that feels much more real than any sappy tearjerker.

Eddie Murphy stages a bit of a comeback in this biopic about famed comedian, actor, showman Rudy Ray Moore, better known as Dolemite to fans of his raunchy comedy albums, stand-up tours, and blaxploitation films. Murphy plays Moore at the beginning of his career when he was just a record store clerk looking to break out in the business. He’s joined by a cast that includes Keegan-Michael Key, Ron Cephas Jones, Tituss Burgess, and others, but it’s Murphy who shines here, giving possibly the best performance of his career as a man who will stop at nothing to pursue his dream.