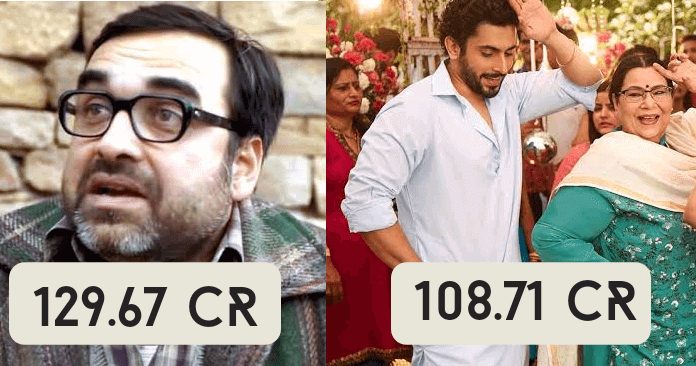 Bollywood often works on success formula as filmmakers don’t
want to risk their money. However, in the recent few years, the entertainment
industry flourished like never before with lots of gripping and out-of-the-box
stories converted into blockbuster movies.

Take a look at these movies that are a game-changer in Bollywood.

Queen made Kangana Ranaut one of the most bankable actresses in the Bollywood industry. The movie is fresh, relatable, and a paradise for solo travelers.

Or in a more specific way, people who dream about solo traveling.

Vidya got so much fame because she delivered two hit films back to back that is something new and unique to the Bollywood industry.

Kahaani was the benchmark for all the filmmakers who want to win an audience with their low-budget movies. The content is king and there’s a huge market for suspense thriller if made brilliantly.

Aashiqui 2 was a musical hit and through this movie, the audience witnessed the old days of Bollywood.

Mahesh Bhatt’s films are popular for their music numbers and Aashiqui 2 is one brilliant example of this.

We all know that the film Dirty Picture starring Vidya Balan got A certificate from the censor board.

However, movie analysts failed to forecast the movie’s success as it had generated a huge collection from the ticket window. This was a biopic and everybody loved the character of Silk Smitha.

Baaghi 2 did the same for Tiger Shroff what Sonu Ke Titu Ki Sweety did for Kartik Aaryan.

The movie made Tiger Shroff emerge as an action hero of modern Bollywood. The movie has made unexpected business during its theatrical run.

Tanu Weds Manu returns was a simple story with great performances. However, makers made lot of money as the movie did unexpectedly well at the box-office.

All credit goes to a tight script and amazing performance by an ensemble cast in the movie.

SKTKS is the film that made Kartik Aaryan a bankable actor
in Bollywood. The story of the film is unique as it explores the bond of
friendship over the relationship.

The highest-grossing Bollywood movie ever must be mentioned in the list. What makes the Baahubali series so epic? The storytelling and special effects used to create the mega-empire.

It gave the idea to the Bollywood filmmakers about the likeability of the Indian audience towards great cinematic experience.

Stree was the new take on the horror genre and people loved the story as well as actor’s performances. Stree has set the bar in Bollywood for the horror-comedy genre.

Sriram Raghavan is one of the finest directors in Bollywood, and he proved himself again with Andhadhun. Ayushmann Khurrana got a national award for his performance in the movie.

One good thing about the movie is that the placement of humor hadn’t disturbed the darkness of the film.

Similar to the Ayushmann Khurrana genre, Badhaai Ho has a quirky plot. The movie is the biggest surprise hit of the year.

It seems like Ayshmann Khurrana is jumping on the success stairs. The movie was a big hit because it is very relatable.

How much can be made with a war movie with young faces? The movie analyst failed miserably to forecast the box office prediction of the film.

The film roared at the box-office and become one of the most successful patriotic films made in Bollywood.

The first movie where fans and critics have different opinions. Kabir Singh was one of the most successful films of the year despite getting negative reviews from critics.

Tanhaji started a new series in the Bollywood. The unsung warrior series who may create stories on not-so-famous warriors.

These movies must bring fortune to filmmakers as well as the Bollywood industry.