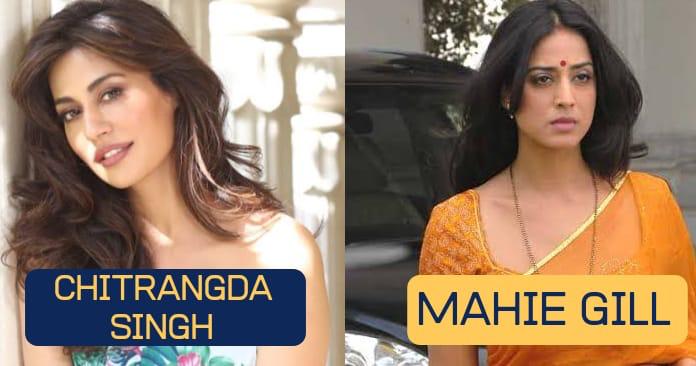 So, people who believed that marriage is an end of
actresses’ career get a new surprise with this list. We enlisted 12 Bollywood
actresses who started her journey in the entertainment industry after getting
married. They proved that marriage status can’t harm your talent and you can
shine in the glamor industry as well.

The real name of Mallika Sherawat is Reena Lamba. She was married to Karan Singh Gill who was the pilot for the Jet Airways.

She divorced him, changed her name in the industry and set the screen on fire with her screen presence and performances.

She made her Bollywood debut with the movie ‘Jeena Sirf Mere
Liye’ but made a fortune in Bollywood with movie Murder.

Vidya Malvade studied law and also worked as an air-hostess. She was married to Captain Arvind Singh Bagga who died in 2000’s plane crash.

After 3 years of her husband’s death, Vidya made her debut with Inteha directed by Vikram Bhatt. However, she got recognition for playing the role of the goalkeeper in Chak De India!

Little you know that the bold actress Chitrangda Singh was married to the Golfer Jyoti Singh Randhawa in 2001. She made her Bollywood debut in 2003 with the movie ‘Hazaaron Khwaishein Aisi’.

Chitrangda was not seen in many movies but she is always remembered for her outstanding performances in various Bollywood movies.

The real name of Mahi Gill was Rimpy Kaur. She got married in her early 20s. She took divorce and made her Bollywood debut with the movie ‘Hazaaron Khwaishein Aisi’ directed by Sudhir Mishra in 2003.

However, she established herself in the industry with Dev D directed by Anurag Kashyap.

Aditi Rao Hydari got married to Satyadeep Mishra back in 2006. She got separated within a year from her husband.

Later on, she made her Bollywood debut with Delhi 6 in 2008. She has been featured in many movies since then, her notable works include Rockstar and Padmaavat.

Rakhi Gulzar is one of the most successful actresses of all times but she was married before she went on to pursue her dream of being an actress.

In 1963, she got married to Ajoy Biswas who was a director. The marriage didn’t even last a year, and she decided to shine the entertainment industry.

Suchitra Sen got married to Debnath Sen back in 1947 when she was just 16 years old. She was famous for her portrayal of Paro in Devdas opposite Dilip Kumar.

She has done a lot of Bengali as well as Hindi movies. She remained married to Debnath Sen till the time he died.

Lakshmi is famous for her titular role in the film Julie. Little you know that the actress was already married to Bhaskar.

Well, the movie was a flop and she failed to establish herself in Bollywood, but she was a celebrity in the South.

Before entering into the Bollywood, she was already married to Jayant Mukharjee.

Dimple Kapadia started her Bollywood career with 1973 release Bobby. During the shooting schedule of Bobby, she met Rajesh Khanna. And the trivia is that before the release of the movie, she tied the knot with Rajesh Khanna.

She stopped working in the movies after that film but reentere the Bollywood when she got separated from her husband.

Moon Moon Sen was the daughter of Suchitra Sen. She was also married before she made her Bollywood debut with film Andar Bahaar opposite Jackie Shroff.

Your talent is oblivious to your age as well as your status.
Consider these actresses as your inspiration, and follow your dream. Your
marital status doesn’t make any difference.