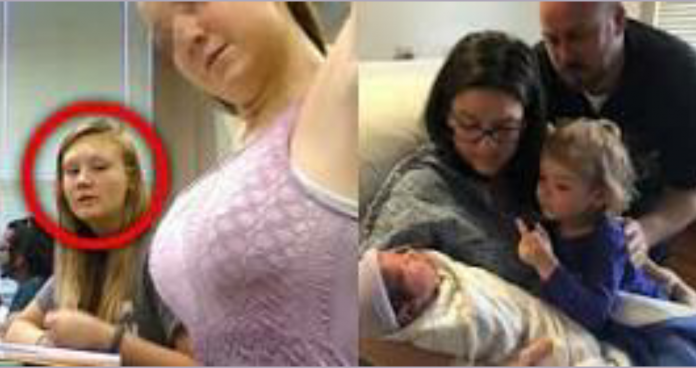 There are 2 types of jealousy.

The most correct definition would be the feeling of being threatened by a rival in a romantic relationship or losing something of value to another person which happens to be yours already.

The second is type of jealousy is more like Envy. Envy is a hatred/bitterness towards another person for having an advantage that YOU don’t have.

Have a look at the pictures below and tell us if you have the same doubts as us which is captured by the meme below.

Childhood is a state of pure innocence. Well, after having a glance at the picture below, we guess NOT. The girl on the right is obviously jealous that the boy chose to kiss the other girl and not her.

Kids always bug their parents for a sibling. The girl in the picture below obviously did not make this demand and is making it clear by showing her newborn brother the middle finger. She will hopefully warm up to him in the days to come but eh we can’t be sure.

Studies have shown that dogs get jealous when their owners show affection towards other people or things and this husky can’t hide how it feels.

We don’t even need to see the face of the woman in the blue tank top to tell you that she is furious she has to sit alone under that umbrella while the couple in front of her enjoy a nice meal under their shared umbrella.

I would love to explain what is happening in this picture but Kanye’s expression says it all.