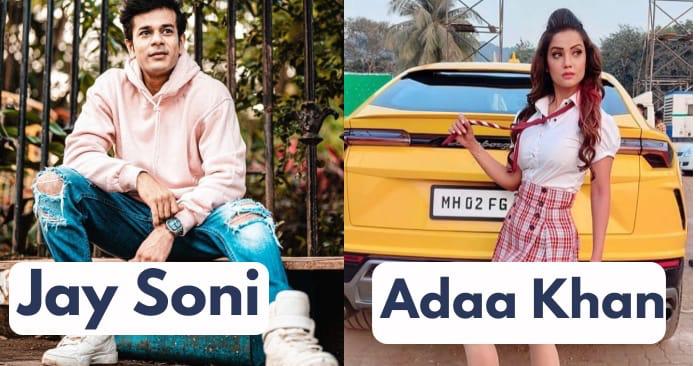 Some said they are not ready yet for the movie, some said
they don’t want to trade their stardom in the TV industry with small roles in
the Bollywood movies. Or some are not comfortable with the roles they are
offered. Well, these TV celebs are quite happy with their work. Here, we enlist
you 9 popular TV actors who refused Bollywood offers.

Ankita Lokhande is a very popular face in the TV industry. She was the lead actress in serial Pavitra Rishta and also participated in a dance reality show.

While Shushant Singh Rajput has now beome the heartthrob in Bollywood, Ankita usually said no to many big offers she was offered back then. Now she has made her Bollywood debut with Manikarnika: The Queen of Jhansi.

Mohit Raina got his fame by portraying the role of Lord Shiva in the TV series Mahadev and Mahabharat. Little you know that he was offered the role in Creature 3D starring Bipasha Basu.

He turned down the role because he was very happy with his image as a TV star. Now he appeared in the war movie URI: The surgical strike along with Vicky Kaushal.

Adaa Khan is a very popular face of the TV industry as she has appeared in many TV serials. Her notable works include Shesha in Naagin and Rajkumari Amrit in Amrit Manthan.

In an interview, she said she got a lot of film offers but she rejected all of them as she is not ready for such a big industry yet. Further, she added that, when she thinks she is ready, she will appear in movies as well.

Shaheer Sheikh is a lawyer turned actor and quite popular for his role of Dev Dixit in ‘Kuch Rang Pyar Ke Aise Bhi’.

He opened up in an interview saying that he had been offered many films but he decided not to do small roles in Movies and better stick to television and enjoy popularity.

It was rumored that she was offered the lead role in Singham Returns directed by Rohit Shetty. However, she refused the role as she was very busy with the shooting schedule of Madhubala.

One of the great talents in the TV industry is Jay Soni. He got his share of fame by appearing in TV shows like Sasural Genda Phool, Dharti Ka Veer Yodha Prithviraj Chauhan, and Sanskaar – Dharohar Apno ki.

He also appeared in Bollywood movie ‘Dil Maange More’, but later decided to turn down such Bollywood offers.

Dipika Kakar is very popular for portraying the lead character in one of the most running TV serial named Sasural Simar Ka. In the reality TV show Bigg Boss, she opened up about getting film roles.

She said she was not comfortable doing intimate scenes and Bollywood movies are meant to be like this only to play the love interest of hero.

Kapil Sharma has made his Bollywood debut with Kis Kis Ko Pyaar Karun. The movie was a big hit, but he also had refused to star in Yash Raj film Bank Chor.

There were many rumors regarding his rejection of the role but it looked like the actor was very busy with his schedule.

Karan Tacker is famous for his portrayal of Viren Vadhera in the TV show “Ek Hazaaron Mein Meri Behna Hai”.

Recently, Karan Tacker was talk of the town with the rumored that He was about to make his Bollywood debut with Student of the year 2. He refuted the rumors saying he is very happy working in the TV industry.

Mrunal Thakur is now coming in movies as she was cast opposite Hrithik Roshan in Super 30. However, she turned down the role of Zafira in Thugs of Hindostan that was later played by Fatima Sana Sheikh.

Mrunal Thakur has impressed everyone with her acting skills in the famous TV show Kumkum Bhagya. Her upcoming movie is Jersey opposite Shahid Kapoor.