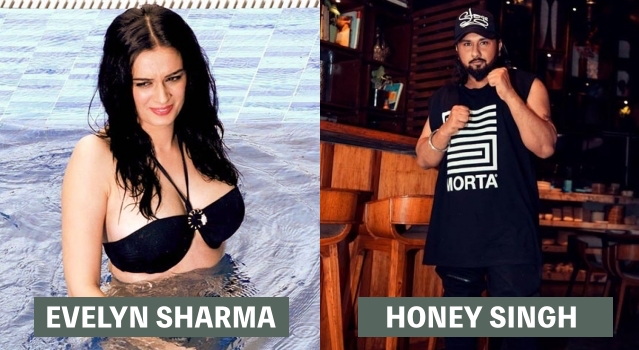 The reality show , Bigg Boss , which is popular one among all the reality shows . The show is based on the concept of Bigg Brother . Many celebrities are invited to be the part of the show .

They are being called to be the part of the show and have those contracts with all their terms and conditions . These contestants are selected and being paid till the time they are in the house .

The tenure of the contestants in the house is almost 3 months depending on the weekend eviction.

Bigg boss has been grabbing a lot of attention since actor Salman Khan hs become the happening host of the show ..The show just grills the personal life of the contestants , so many celebs just deny the offer

Today, we are presenting you the celebs who just denied the invitation of Salman Khanfor the house of Bigg Boss ..

The popular and desired Rannvijay is working since so many years with MTV as a host and he won the reality show MTV Roadies . He hosts MTV Splitsvilla every year .

In a interview , Rannvijay told PTI, “I have been offered ‘Bigg Boss’ for seven straight years… every year. I refused, every year. But in the last couple of years, I guess they have got the hint,”

The popular Neha Dhupia , 2002 , Miss World , who is seen on the big and small screen industry on and off . She is the part of MTV Roadies since many years and doing it great . She recently got married to the actor Angad Bedi and now is blessed with a baby now.

She asserted that she likes Bigg Boss very much but according to her , she does not like to be in the eye of the camera all the time …

Actor Ayaz Ahmed is a very popular and renowned one at the small screen. He is seen in many tele series and . In an interview , he told ABP, “I have not been approached for the show yet. Many people and media organizations are calling me and asking about this but I have no clue of Bigg Boss 11.”

Wrestler who won India’s first-ever gold medal in wrestling at the Commonwealth Games in 2010. She was also approached to be a part of Bigg Boss but she opted to stay away from the controversial show.

She told ANI, for the same “I am avoiding any kind of reality show for now, as in November there is National Championship, less than one year is left for the Commonwealth Games and the Asian Games and hence I want my full focus and attention on these games only rather than being a part of any show.”

Achint Kaur who was last seen playing the role of a mother and a mother-in-law in the serial ‘Jamai Raja’ and it’s sequel . She is in the industry since long and very active in her career . She was recently seen in web series called Hey Prabhu .

Regarding Bigg Boss , she is quoted as saying to ABP, “I am not sure of it and to be honest I haven’t even been approached by the makers.”

One of the renowned rapper , Honey Singh who has made numerous songs and won the heart of the audience . He was suffering from a disorder called Bipolar Disorder but successfully came out of it ..

He reportedly refused to participate in the show because the paycheck was too low.

One of the famous television personality Guarav Gera , who is seen in many comedy shows and films too . His famous programme was ‘Jassi Jaisi Koi Nai ‘

Gaurav told IANS, “Yes, I was approached for the show, but I am not going for it. I am a fan of the show… I love to only watch it,”

Ayaz Khan is an Indian actor and model and known for his role in ‘Jaane Tu Ya Jaane Na’.

He told Bollywood Life, “I don’t know where this rumor is coming from. I have not got any calls from the makers. In fact, I don’t even know when it is starting this year.”

The  German/Indian model Evelyn is one of the popular actress She gained fame with Ayan Mukerji’s ‘Yeh Jawaani Hai Deewani’, opposite Ranbir Kapoor.

She said in a statement to IANS, “I think ‘Bigg Boss’ is the most entertaining show on Indian television. However, I’m claustrophobic and I can’t be stuck in one house for so long. Plus, my new film starts shooting soon so my dates too were becoming an issue,”

Mugdha Veira Godse is an Indian actress and model who made her acting debut with Madhur Bhandarkar’s, Fashion.

There were rumours that she will be a part of ‘Bigg Boss season 13’ and according to International Business Times, after a final meeting held in a 5-star hotel with the channel, those celebs have decided not to be locked in Bigg Boss house as the makers are not ready to pay as per their demands.

So , the ultimate reason for denying the offer of Bigg Boss was either they were conscious of their image or getting low pay cheques.