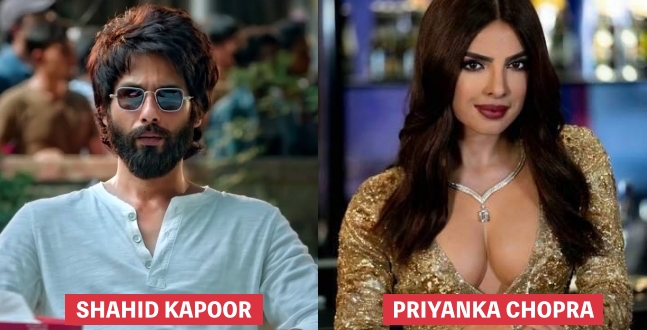 Glamor, glitz, and trends are the three things that you need to have as a Bollywood star. In India, Bollywood celebrities have the largest fan following, few of them are worshipped like a God. The madness and love of people towards their stars can’t be measured. They are watched by over a billion population, everything they say, do become the talk of the town. Fans follow them everywhere whether its movies theatre, film sets, and public places. The Bollywood stars can be found surrounded by the crowd.

Now the technology has moved to the next level, everything has become online. Now fans have the new way to keep an eye on their stars; that is Social media. Platforms like Facebook, Instagram and Twitter are the modern mean to figure out the popularity of any celebrity. The more fans, members and followers they have, the more popular they are considered.

Social media is also the easiest mean for fans to adore their favorite celebrity and ogle over their activities.

Considering the famous social media platform Twitter we made a list of top 10 most popular Bollywood actors who rules with the highest number of followers.

The King Khan of the Bollywood; is the biggest and the global brand. Shah Rukh Khan has a huge fan following not only in India but all around the world. No Bollywood actor can beat him in terms of popularity worldwide. We adore him as our favorite Khan. His initials send a spell of charisma wherever he can’t go and despite, nearing 50, he sends women weak in their knees.
To step into Shah Rukh Khan’s world, you just need to follow the mega-star on Twitter and Facebook, apart from watching his classic romantic movies. Then, it’s just a matter of time, before you become a ‘fan’. He is not only the king who rules the bollywood, he also rules on most of the social media platforms and stays active most the time.

Salman Khan is the most commercially successful star of Bollywood and equally known for his charity and kind heart. His down to earth gesture can attract anyone. That’s the reason he is the most popular and respected celebrity in B.Town. He has a unique range of fans who consider him as a God. His social media pages shows his immense popularity.

Who doesn’t know about Amitabh Bachchan, the millennium star of Bollywood. His dominance and popularity can’t be described in words, he is ruling this industry from the last 5 decades. He is also active on social media, he loves to share personal experiences with the followers along with his poetry and images. Also, appreciate the young talents on his social media accounts. A demi god of India, Mr. Bachchan is also a vocal commentator of many an issue surrounding India’s social and cultural sphere. With his experience, comes a wisdom that reflects in Mr. Bachchan’s pithy and amicable takes on a variety of topics. This is a quality that keeps him in good stead with his fans worldwide.

Priyanka Chopra Jonas is the well-known Indian actress, singer, film producer, and the winner of the Miss World 2000 pageant. Priyanka Chopra is not only a leading Bollywood celebrity but also an international icon. She is one of India’s highest-paid and most popular celebrities in Bollywood. Her popularity recorded an incredible jump after she got married to American Singer Nick Jones. Her social media pages are well-maintained and she loves to interact with the followers.
A self-confessed, ‘selfie addict’, Priyanka Chopra’s following among audiences of different age owes itself to her perky nature and an eclectic range of movies that aren’t just always your regular multiplex blobs. She’s loving to her fans and hasn’t as yet been part of any intricate controversies that can easily be a popularity dampener.

Rajiv Hari Om Bhatia aka Akshay Kumar also known as the Khiladi Kumar. This versatile actor is known for its brilliant acting, action and comedy skills. He is one of the natural actor in Bollywood. Starting from action hero in the 90’s to getting national awards for Rustom and Airlift, the journey of the fittest actor on Bollywood is fantabulous. Apart from movies, Khiladi Kumar also loves to play on social media.

Deepika Padukone is another leading lady from the Bollywood who rules all the social media platforms. She is one of the highest-paid actresses in the B town. Deepika posts a lot about the fashion photo-shoots and promotional stuff on her social media pages. Recently she is in news for her brilliant performance in Chhapaak.

Bollywood’s fashionista, Sonam Kapoor is bound to make it to this list with her flawless posts. Ms. Khoobsurat, known for her fashion, has a lot of people following her on the web.

Alia Bhatt is one of Bollywood’s youngest superstars. She is admired by the whole country for her delightful smile and lovely features. This bubbly actress made her debut with blockbuster Student of the Year. Since then she has been winning the heart of millions of people with awesome acting, dancing and singing talent. The daughter of Mahesh Bhatt (a well-known director) known for choosing challenging roles and playing it gracefully. She showed her acting talent in movies like Highway, Udta Punjab, Humpty Sharma’s Ki Dulhania and Gully Boy.

Shahid Kapoor is an established actor in the Indian Film Industry. He has starred in several box-office dominating movies throughout his career. The actor has come a long way from his debut in Ishq Vishk in the year 2003. Today, Kapoor is one of the highest-paid actors in Bollywood.

Varun has all that it takes to become a universally popular actor. He has his own style, swagger and also possesses great acting skills. Varun’s choice of films also shows that he’s more commercially inclined and loves to deliver entertaining performances.