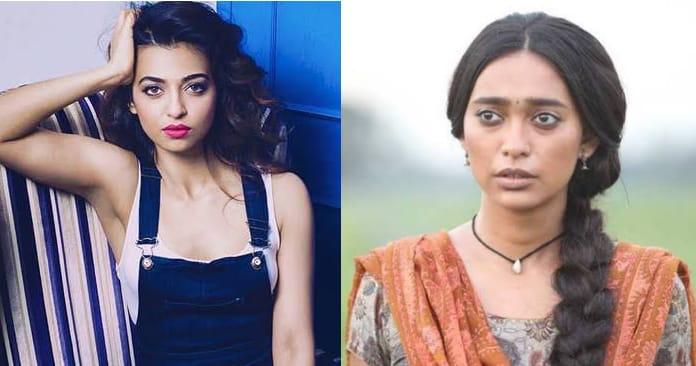 Most of the Bollywood movies are about dancing and singing, so it would be good if actors have song dancing skills to show during the shooting schedule.

While dance steps are choreographed and the special team takes care of dance in the films, it is still easy for filmmakers if they are blessed with the dancing cast in their movies.

You have seen many actors who are quite a dancer like Govinda, Hrithik Roshan, Shahid Kapoor, Madhuri Dixit, and Tiger Shroff. However, there are many actors and actresses in Bollywood who are trained dancers but their talent is not known to many.

Check out the list of these 10 Bollywood actors who are trained dancers.

Patralekha doesn’t do many movies in Bollywood, but she has impressed the audience with her stunning performance in two different roles.

She is unrecognizable in City lights as well as Love Games. Little the fans know that Patralekha is a trained Bharatnatyam dancer too.

Radhika Apte emerged as a wonderful actress with her bold and powerful performances in Bollywood films as well as web series. Fans still haven’t seen the dancing talent of the actress.

Radhika has received her training in contemporary dance from London. In addition to this, the actress is also trained in Kathak.

Vikrant Massey was a popular face on television as he had been part of Indian serials. Apart from this Vikrant featured in Ranveer Singh starrer Lootera when he was noticed in Bollywood.

He has done a couple of web series and cast opposite Deepika Padukone in Chappak.

However, fans still wait to see the actor shaking legs on
Bollywood numbers. Fans have no idea that Vikrant is a trained dancer in
ballet, as he used to work with Shiamak Davar and worked as a choreographer
before working as an actor.

Sayani Gupta started her Bollywood career with Kalki starrer Margarita with a straw. Her work was appreciated by fans as well as movie critics. She has been the lead in women-centric web series ‘Four More Shots Please!’

Sayani has shown us how good artist she is with her charming screen presence, but her dancing talent is still a big secret for her fans. She is a trained Kathak dancer and she has learned it for almost 14 years.

Sweta Tripathi has been very popular in digital space because of her show Mirzapur. She has done many TV commercials and also been a part of movies like Masaan, and Haraamkhor.

Still, Sweta Tripathi didn’t get any chance to show her dancing skills. The girl is a trained Kathak and Bharatnatyam dancer. In addition to this, she has also learned dancing at the dance institute of Shimak Dave.

Richa Chadha has made her name in Bollywood by giving an astonishing performance as a lead heroine as well as in character roles.

For instance, she played the mother in Gangs of Wasseypur, and local don in the Fukrey series, and a simple village girl in Masaan.

You haven’t seen her dancing like commercial movie actresses, but Richa is a trained dancer. She learned Kathak, Street Jazz from Lobo’s Danceworx.

Little you know that Lisa is a trained Bharatnatyam dancer who has got her training with Shiamak Daver for 5 years.

Vicky Kaushal becomes the new crush for all girls in Bollywood. The actor has dazed us with his acting skills from his movie Masaan to recently released Manmarziyaan.

Though we have always appreciated the acting skills of the actor, you will also appreciate Vicky Kaushal the dancer. He is a trained dancer waiting for the stage to daze the audience.

Rajkumar Rao is a trained dancer because he loves to dance since his childhood. Apart from this, he is skilled in martial arts as well.

We have always seen him in impactful roles, but the actor possesses a great range of acting.

Sandhya Mridul will be always remembered for her portrayal in movies like Honeymoon Travels Pvt. Ltd. and Page 3.

She has shown her dance by participating in the celebrity dance reality show ‘Jhalak Dikhja Jaa.’ She was the runner up of the second season of the show. Sandhya is a well-trained Bharatnatyam dancer.