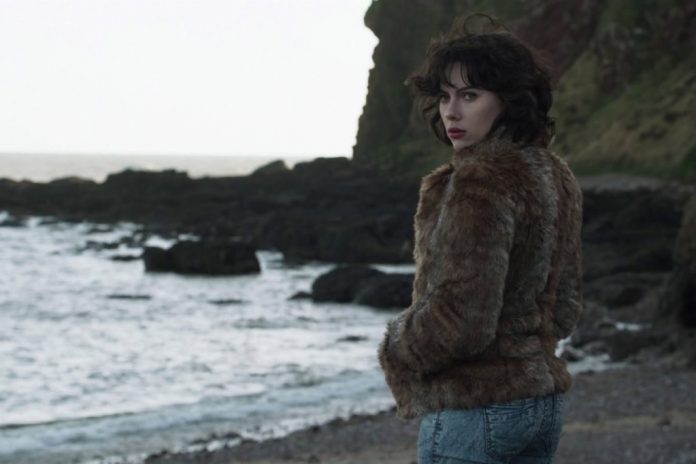 There was a time when tales of aliens, space travel, and robots were believed to be the strict province of four-eyed basement dwellers, but the truth is that everybody can find something to enjoy in the weird world of science fiction. The best sci-fi works in both universal truths and hyperspecific detail, using fantastical yet fully-realized worlds to tell stories about our own.

Netflix‘s selection of good sci fi movies isn’t exhaustive, but there’s still plenty worth exploring nestled among the sequels and paycheck-generators. Keep on scrolling for 10 of the best sci-fi movies on Netflix streaming to watch right now, all taking you from the moon, the farthest reaches of space, and to the outer fringes of reality itself.

The Wachowskis created one of the greatest sci-fi films in cinematic history with their mind-bending Matrix trilogy, but the original is hard to top. Keanu Reeves plays Neo, a young man unplugged from the matrix — a kind of alternate reality that keeps humans docile, so machines can harvest their life energy. He teams up with a band of rebels fighting the machines (Laurence Fishburne as Morpheus and Carrie-Ann Moss as Trinity) and faces off against a henchman named Agent Smith (Hugo Weaving). The real draw of this trilogy, besides its inventive storyline, is the CGI display. The movie also sports some of the most imaginative fight sequences you’ll ever see on the big screen.

Alex Garland’s sci-fi thriller breathed new life into the tired A.I. trope when it landed in theaters a few years ago. The film focuses on a naïve young programmer (Domhnall Gleeson) who’s selected amongst a pool of applicants to evaluate a new A.I. lifeform. The poor kid is whisked away to a remote villa to spend time with the eerily-human-looking robot, Ava (Alicia Vikander) and her eccentric, often cruel creator Nathan (Oscar Isaac), a genius with an ego to match his talent. The film takes some twists you don’t expect, and Isaac gives cinema one of its greatest dance sequences, in case you needed more reason to watch.

We should all hail the casting genius who threw Will Smith and Tommy Lee Jones together in this sci-fi action flick about a police officer who joins a secret government organization in charge of monitoring extraterrestrial activity on Earth. That’s because the two bros — Smith, the wise-cracking rookie, and Jones, the seasoned veteran — have an almost otherworldly kind of chemistry on screen. Watching them bicker like an old married couple is almost more fun than witnessing them take down alien monsters intent on subjugating our planet.

Spike Jonze imagines a world in which Artificial Intelligence can become something more than just a personal assistant program. Joaquin Phoenix plays Theodore Twombly, a depressed introvert going through a divorce who starts up a relationship with an OS named Samantha. Things get serious before Theodore begins to realize that romance with an A.I. is more complicated than he thought. What follows is a thoughtful exploration of love, relationships, and the ways human beings find connection in a plugged-in world.

Neill Blomkamp’s inventive sci-fi alternate reality utilizes the found-footage style of filmmaking to thrilling effect in District 9. After an alien spaceship parks itself over parts of South Africa, the world’s governments decide to put the sick occupants found onboard in an internment camp called District 9. Years later, having used up all their resources and suffered through secret experiments, the aliens are outcast by society, seen as lawbreakers and scum by society. When a company is contracted to relocate the aliens to a new camp, one of its members is infected with alien DNA, setting off a string of events that end up touching on heavier themes of xenophobia, segregation, and the state of humanity as a whole.

Bong Joon-Ho’s send-up of corporate farming and environmental abuses isn’t subtle. Tilda Swinton goes all-out as the CEO of an evil corporation only to be outdone by Jake Gyllenhaal’s broad turn as an unstable TV host. But its tale of an endearing, genetically modified “super pig” and the girl who loves him is effective and contains both some terrific action set pieces and the most affecting child/strange beast relationship this side of E.T.

Chris Evans stars in this sci-fi thriller from auteur Bong Joon-ho. The film, set years into the future following a devastating ice age caused by mankind, follows Evans’ Curtis who lives in poverty on a train that continuously circles the Earth and contains all that remains of human life. Curtis is part of the “scum” the people relegated to the back of the train while the “elite” enjoy the privilege of wealth and status that comes with living in the front. Curtis sparks a rebellion that ends in bloodshed and a devastating reveal when he makes it to the train’s engine room and discovers just how the elite have been fueling their operation. It’s a dark, grimy action piece that should give fans a new appreciation for Evans’ talent.

Christian Bale and Sean Bean star in this sci-fi drama set in an oppressive future where all forms of emotion are outlawed. Bale plays a man named John Preston, who’s charged with enforcing the law, but when he accidentally forgets to take a dose of the medicine that suppresses feelings and artistic expression, he begins to question the system he upholds and, eventually, leads an uprising.

In an alternate version of 1941 where France has been led by a line of Napoleons and leading scientists mysteriously disappear, young April, her talking cat Darwin, and the shady Julius go searching for April’s missing parents. It’s an interesting take on a history where technological advancement isn’t a thing, where “steampunk” is reality and TVs and cars don’t exist. April’s journey starts in the dreary, stuck-out-of-time France but leads her to fantastical advancements that still make sense in the world we’re presented with. The heart of the film lies in the love that plucky, stubborn April has for those she cares about, and the film’s driven by charming animation and a genuinely interesting concept. It’s enjoyable action that’s just out-there enough for adults while being accessible for the young and young at heart.

Scarlett Johansson stars in this sci-fi thriller about an other-worldly woman with a dark agenda. The film sees Johansson using her sex appeal to lure unsuspecting men to their watery doom while beginning to contemplate her own existence with every new partner she seduces. It’s a subtle reverse of rape culture, with themes of race and immigration mixed in, but if all of that goes over your head, you’ll at least enjoy seeing Johansson off a bunch of frat bros and rapists.