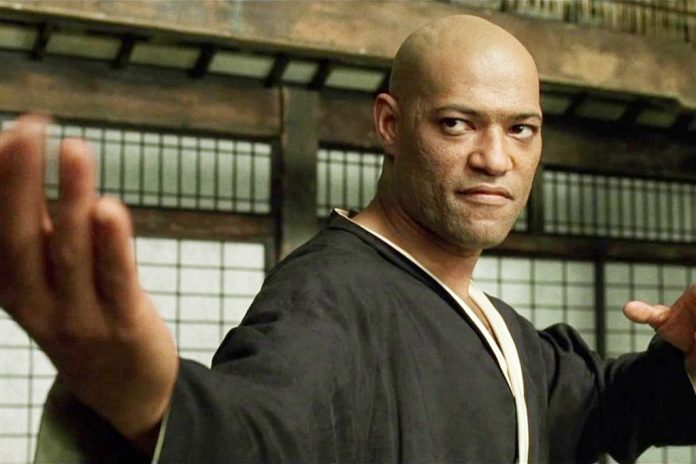 As CGI found its footing in the ’90s, the masses flocked to big-budget spectacles like Titanic and Jurassic Park. But another revolution was unfolding on a smaller scale. We also saw the first films from some of the best indie directors, from Wes Anderson to Quentin Tarantino. Below are 10 of the best ’90s movies on Netflix right now, ranked. They range from the ’90s-est ’90s movies that every millennial grew up watching to the influential award winners that are worth discovering or revisiting.

The Wachowskis created one of the greatest sci-fi films in cinematic history with their mind-bending Matrix trilogy, but the original is hard to top. Keanu Reeves plays Neo, a young man unplugged from the matrix — a kind of alternate reality that keeps humans docile, so machines can harvest their life energy. He teams up with a band of rebels fighting the machines (Laurence Fishburne as Morpheus and Carrie-Ann Moss as Trinity) and faces off against a henchman named Agent Smith (Hugo Weaving). The real draw of this trilogy, besides its inventive storyline, is the CGI display. The movie also sports some of the most imaginative fight sequences you’ll ever see on the big screen.

Danny Boyle’s black comedy crime film has become a cult classic and made it on plenty “best movies” lists over the years. Ewan McGregor plays Mark Renton, an unemployed heroin addict who shares a flat with his equally unimpressive friends, Spud, Sick Boy, Franco, and Tommy. The group parties together constantly, doing drugs, getting into fights, and committing petty crimes before Renton attempts to get clean only to return home to make a drug deal that could set him up with a clean slate. It’s darkly comedic, with some ridiculous twists thrown in, but the core of the story is surprisingly emotional.

Matt Damon and Edward Norton star in this forgotten ’90s crime drama about a reformed gambler who returns to the table to pay off a large debt while trying to juggle a new relationship and law school. Damon plays the talented card-shark and Norton plays his fresh-out-of-prison bestie who upends his life and gets him back in the game. The two outrun mobsters and lawmen, getting into dangerous situations and ruining their respective lives along the way. It’s a hell of a fun watch.

Richard Gere and Laura Linney star in this neo-noir crime thriller about a Chicago defense attorney assigned to defend a man accused of murdering an influential Catholic Archbishop. Gere plays Martin Vail, a vain lawyer who takes on the case of a young man with a stutter who may have killed a high-ranking member of the Catholic Church. Vail begins digging into the boy’s past and finds disturbing links between the crime for which he’s accused and the abuse he suffered as an altar boy. The movie takes so many twists and turns that trying to predict its ending is nearly impossible — the mark of a truly good thriller.

We should all hail the casting genius who threw Will Smith and Tommy Lee Jones together in this sci-fi action flick about a police officer who joins a secret government organization in charge of monitoring extraterrestrial activity on Earth. That’s because the two bros – Smith, the wise-cracking rookie, and Jones, the seasoned veteran – have an almost otherworldly kind of chemistry on screen. Watching them bicker like an old married couple is almost more fun than witnessing them take down alien monsters intent on subjugating our planet.

Will Smith and Martin Lawrence star in this foul-mouthed buddy comedy film as two detectives tasked with protecting a witness while investigating a case of stolen heroin from their own precinct’s evidence storage facility. Marcus (Lawrence) and Mike (Smith) have been friends since childhood and are now working the beat together in Miami. When $100 million of heroin goes missing from their unit’s storage facility, they’re sent to track down who might have taken it before Internal Affairs intercedes. Smith and Lawrence have an easy, lived-in chemistry that really sells this thing, and the action’s not too bad either.

Kingpin is the kind of movie that could only be made in the ’90s. The absurdist comedy stars Woody Harrelson as a washed-up pro-bowler who lost his arm in a fight. Years later, he’s given the chance to face off against his nemesis by coaching a talented Amish kid who happens to be a bowling prodigy. The two have to navigate crime bosses and groupies with ulterior motives to compete in a tournament with a cash prize of $1 million. Harrelson is terrific as always, but just check your brain at the door with this one.

Remember when we used to like Adam Sandler? Sure, his comedies were never high art, but you still find yourself quoting them to this very day. The Waterboy is the classic example of this comfortable familiarity. Sandler mugs his way through his performance as a football team’s waterboy who gets a shot at playing due to his ability to channel his rage into unexpected prowess on the field, and you’ll find yourself cocooned in the welcoming embrace of ’90s nostalgia.

Robin Tunney and Neve Campbell star in this cult classic about a group of teenage girls who use their burgeoning powers to cause all kinds of trouble. Tunney plays Sarah, the new kid at a Catholic prep school who falls in with a trio of outcasts led by Nancy (a deliciously unhinged Fairuza Balk). The girls are witches, and Sarah’s latent abilities make the spells they cast even more powerful. Hexing the popular kids, brewing love potions, and summoning Satan soon follow before Sarah realizes Nancy’s brand of occult just isn’t for her.

Bette Midler, Goldie Hawn, and Diane Keaton star in this hilarious revenge comedy about a trio of divorcees who decide to get even with their dirtbag ex-husbands. Keaton plays an advertising exec hoping to reconcile with her partner, Hawn plays an aging actress fighting a nasty alimony suit, and Midler’s Brenda is devastated to learn her husband is keeping a much younger mistress. All three women devise plans to make their husbands pay for their crimes in increasingly comical ways, but it’s the film’s empowering musical finale that really makes it worth a watch.