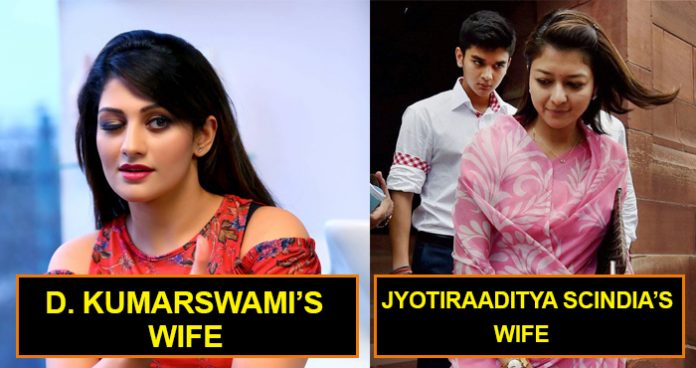 Indian Politicians are needed to run a different region of diverse cultures. A political body takes responsibility to lead and support the social and political balance between the public and Governments. However, they do have the same preference of having a beautiful wife like many of the patriarchy society. A wife must be beautiful is not only the choice by the commoners but these politicians too. Some of them are so beautiful that their beauty can be compared with Bollywood beauties easily. But it seems these gorgeous ladies like to avoid limelights in their lifestyle.

Let’s get to know about these beauties married by Indian Politicians: 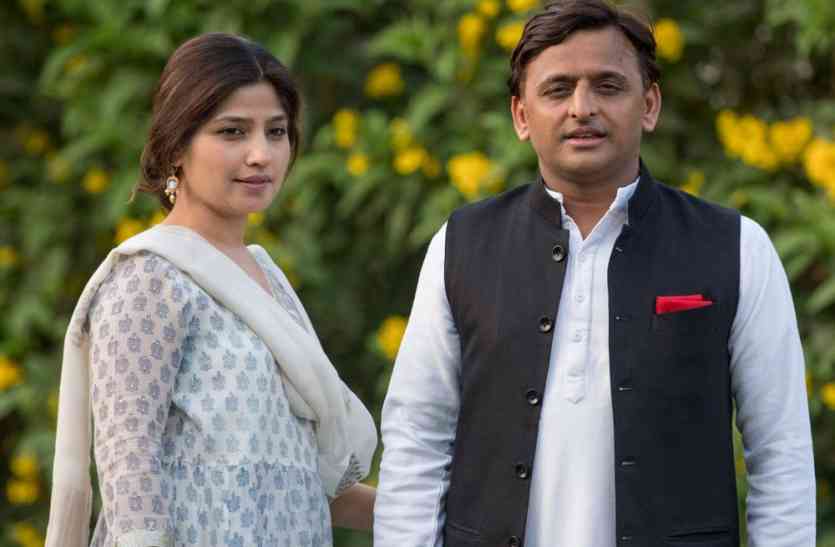 Akhilesh Yadav is a well-known Indian politician serving as the member of the parliament from Azamgarh in the 17th Lok Sabha. He is the President of Samajwadi Party and has served as the 20th Chief Minister of Uttar Pradesh from 2012 to 2017. Akhilesh Yadav got married to Dimple Yadav in 1999. Dimple Yadav’s father was a retired Indian Army Colonel. Dimple got to know Akhilesh in her student life but their family did not approve their marriage first. But they blessed by their family support after the consent of Akhilesh Yadav’s grandmother Murtidevi’s approval. Dimple is also a member of the Samajwadi Party. The Yadav couple has two daughters and a son. Dimple is the first woman from Uttar Pradesh elected unopposed in a Lok-sabha. 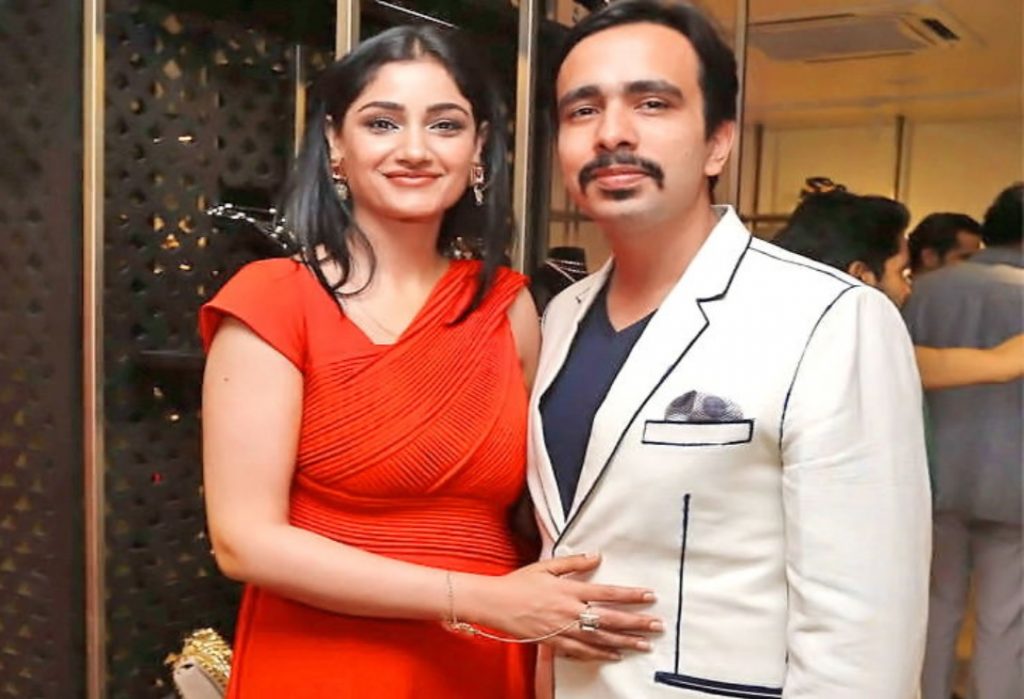 Jayant Chaudhary is an Indian Politician and member of Indian Parliament from 2009-2014 for Mathura. He is the Vice President of Rashtriya Lok Dal (RDL). Jayant Chaudhary and Charu Singh got married in 2003 and she is the beauty of a kind. The couple got two children. Charu Singh Chaudhary is the granddaughter-in-law of former Prime Minister Chaudhary Charan Singh for the same connection. She is also an entrepreneur and followed her dream of fashion for this by opening multi-brand store Zooki. 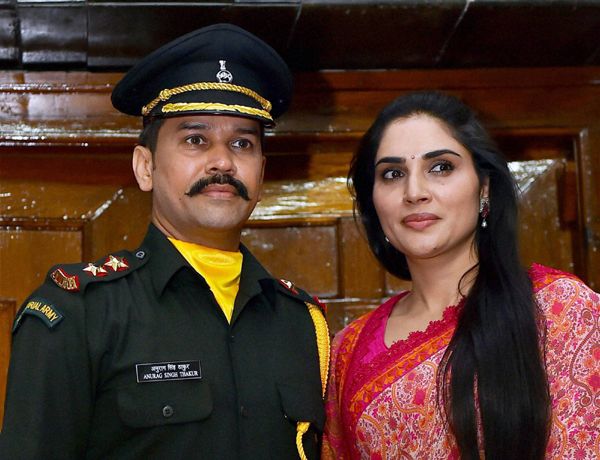 Anurag Singh Thakur is the member of Lower House of Parliament in India from Hamirpur in Himachal Pradesh. He also serves as the Minister of Finance and Corporate affairs. In 2008, Anurag Thakur elected to the Lok Sabha in May 2008 for the first time as a candidate of Bhartiya Janata Party. He got married to Shefali Thakur, daughter of Gulab Singh Thakur who was the Minister of Public Works Det, in the Govt. of Himachal Pradesh. Anurag Thakur and Shefali Thakur married on 27th Nov of 2002. They have two sons Jaiaditya Thakur and Udayveer Thakur. Shefali Thakur is a beauty with her elegance and grace. 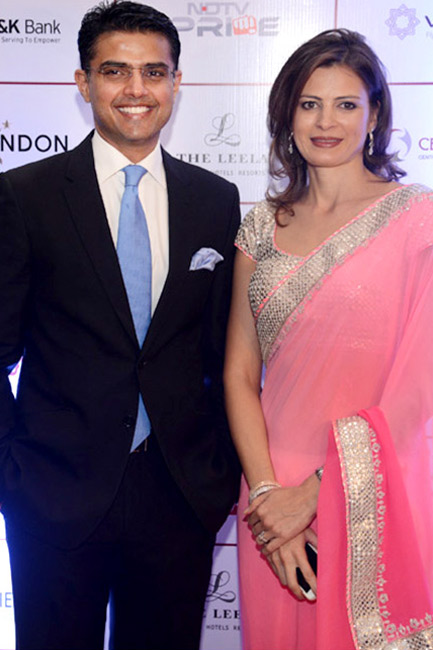 Indian Politician Sachin Pilot is the Deputy Chief Minister of the state of Rajsthan and President of Rajasthan Pradesh Congress Committee. He has represented the Tonk assembly seat in Rajasthan since 2018 as a member of Congress Party. Sachin Pilot knotted the tie with Sara Abdullah, the daughter of Farooq Abdullah who is the Chairman of Jammu And Kashmir National Conference and ex-Chief Minister of Jammu and Kashmir. Sachin and Sarah got married on 15th Jan of 2004. Together they have two sons, Aaran and Vehaan. Sarah Pilot is a very beautiful better half and mother. Although Sarah and Sachin belonging from a different religion, the couple sets a major couple goal for years. Sarah Pilot is an entrepreneur and a renowned Yoga Teacher as well. 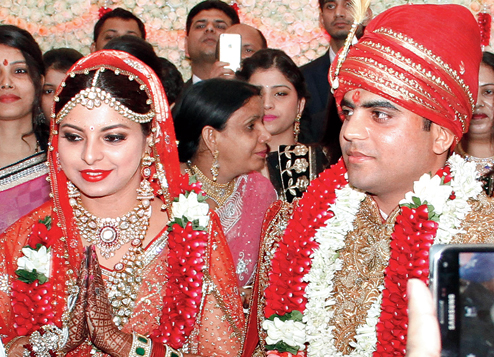 You may not familiar with the name of this beauty but you must know the name of her father! Raj Laxmi Yadav is the daughter of Lalu Prasad Yadav who is the iconic politician from Bihar. The beautiful Raj Laxmi Yadav got married to Tej Pratap Singh who is an Indian politician and a former member of Parliament in the Indian Lok Sabha where he represented the Mainpuri constituency of Uttar Pradesh as a member of Samajwadi Party since 2014. Tej Pratap Singh is the great-nephew of Mulayam Singh Yadav who is one of the strongest politicians from Uttar Pradesh. 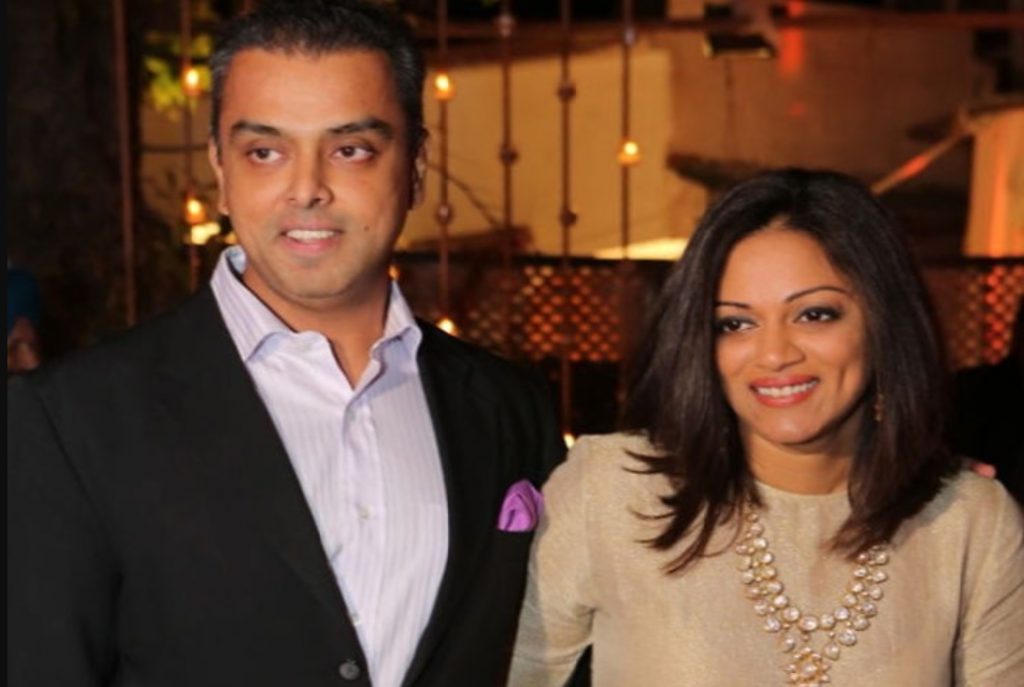 Milind Deora is the Union Minister and Congress Leader got married to the daughter of the film Producer Manmohan Shetty, Pooja Shetty in the year 2008. He is the head of the Wake water Media Company. Pooja Shetty is a film producer by herself. The couple has a daughter through surrogacy in 2018. The beautiful Pooja Shetty is also MD of the Adlabs Imagica, a 130-acres theme park in Khopoli, India. 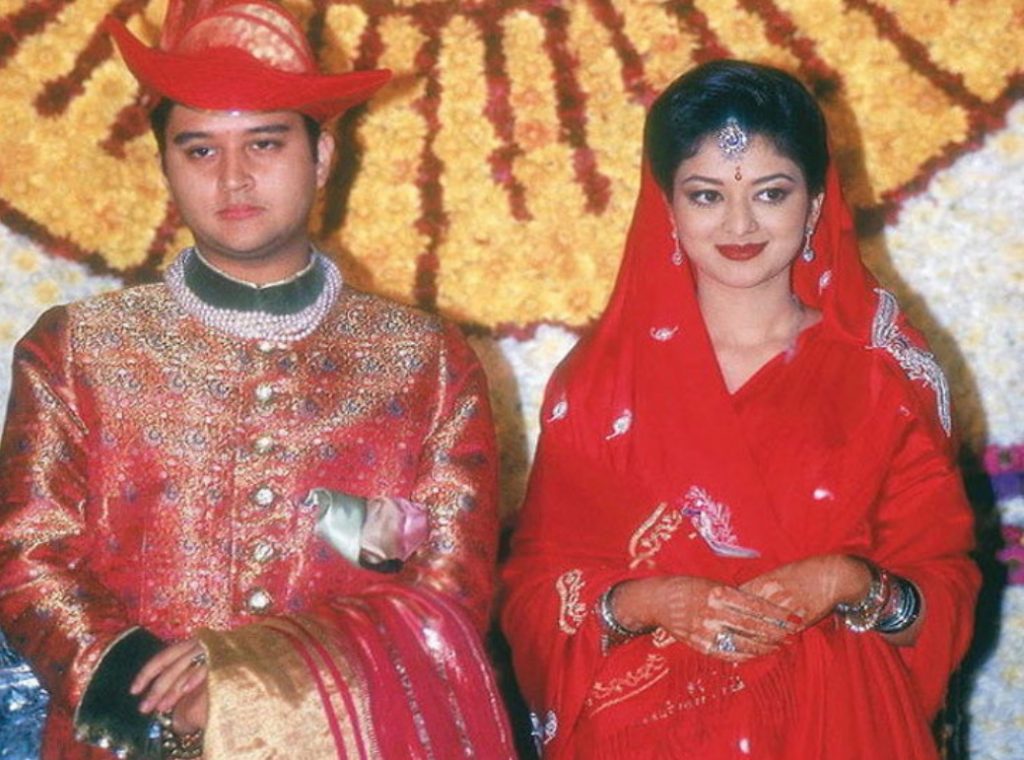 Jyotiraditya Madhavrao Scindia belongs to the Scindia family that ruled Gwalior. He is the former member of Parliament for Guna constituency in the state of Madhya Pradesh, now the member of Indian National Congress Party. Priyadarshini Raje Scindia got married to Jyotiraditya Scindia in 1994. They have a son and a daughter together. Priyadarshini Scindia took place in the list of ‘India’s 50 most beautiful woman’ of Femina. 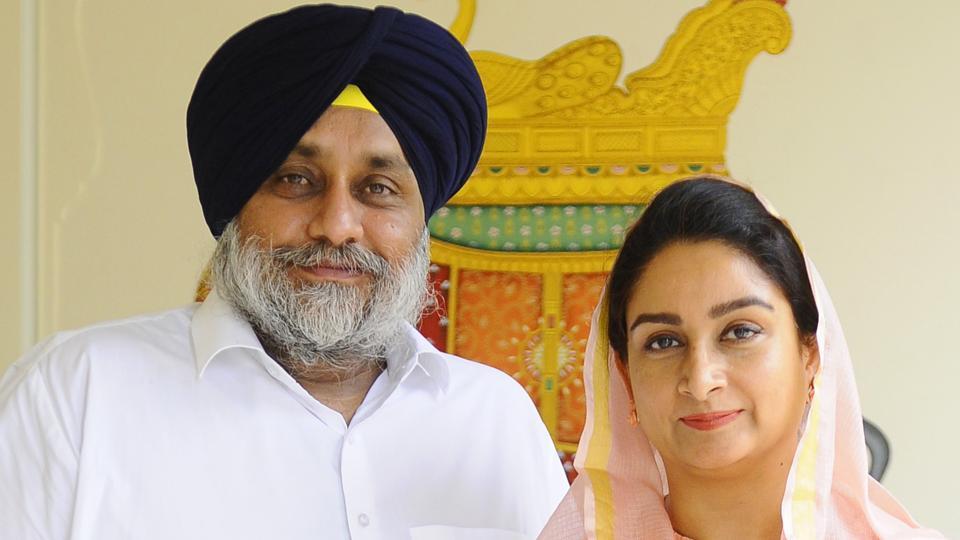 Sukhbir Singh Badal is the president of Shiromani Akali Dal, and currently MLA from Jalalabad and MP from Ferozpur. He got married to Harsimrat Kaur Badal on 21st Nov of 1991.  He inspired her in politics and eventually Harsimrat became a politician and now a member parliament of India from Bhatinda Lok Sabha constituency since 2009. She is also the union food processing Minister under the Prime Minister Modi Govt. 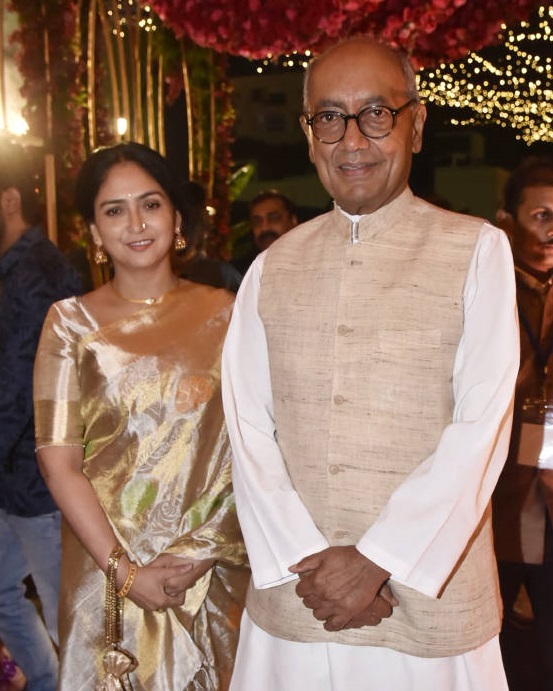 Love knows no boundary is true for this couple. Reputation and status failed in front of Love like the marriage of 67 years old Congress General Secretary Digvijay Singh and 43 years old Rajya Sabha Tv anchor Amrita Rai. Their marriage was created quite a buzz in the parliament but Dig Vijay Singh was blown away by the beauty of Amrita and got married on August of 2015. 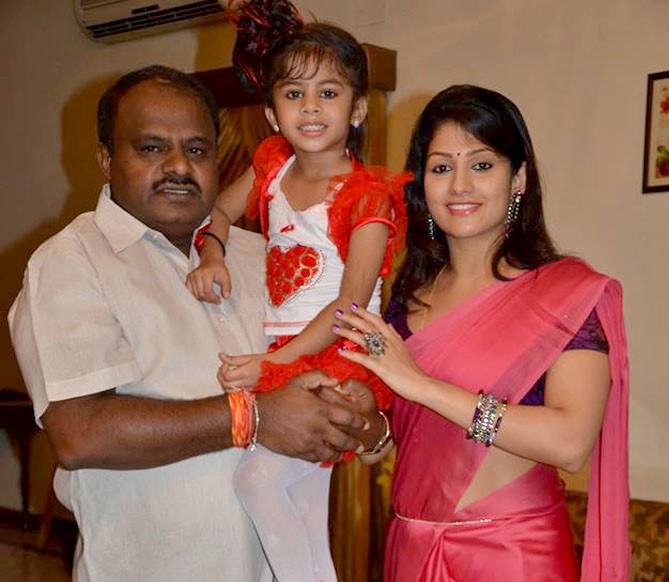 The Kumaraswamy couple became the talk of the town after their marriage. Radhika Kumaraswamy was his second marriage. The couple got married in 2006. They together have a lovely daughter named Shamika K Swamy.  Radhika is a popular actress and producer of Kannada film. Their marriage got many attentions for various facts of their relations.