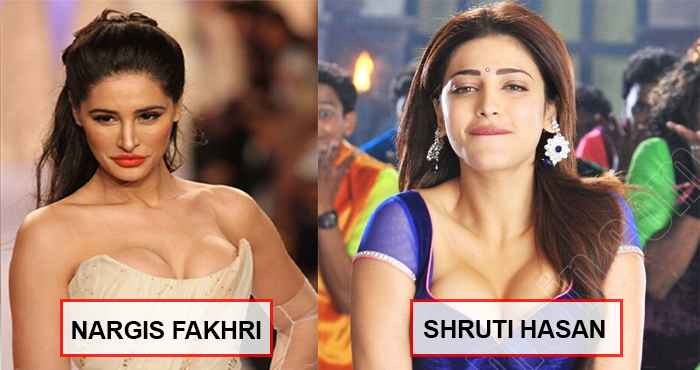 Bollywood industry is ever demanding and unpredictable glam industry. Many tries their luck to shine in in the industry. While few made it big, few could not despite carrying the essential requirements. Acting skill, beauty, grace, talent are key qualities being an actress of Bollywood. Despite being capable of these qualities, there are actresses who could made an over-whelming journey on screen.

Here are the actresses who are perfect in their beautiful appearances but fail to dominate the industry anyway.

#1 Lara Dutta: The diva Lara Dutta won the title of Miss Universe in 2000. Like all the beauty pageant Lara also set her career for Bollywood movies. Her debut movie was Andaaz in 2003. She was awarded for as the debut female actress for the film Andaaz. Lara appeared in many box offices hit like Masti, Bhagam Bhaag, Don 2, Housefull but you could hardly recall the name her played role on those movies. Her side appearances couldn’t make a success record on her acting journey. Lara Dutta Bhupathi has her own production house, Daddy Production.

#2 Ameesha Patel: 90’s heartthrob Ameesha Patel shared the screen with Hrithik Roshan in lead for Kaho Na Pyaar Hai. Film Gadar: Ek Prem Katha, is one of the highly appraised work of her. Although she made several hit in 90’s for Kaho Naa Pyar Hai, Kya Yehi Pyaar Hai, Humraaz, Aap Mujhe Acche Lagne Lage and other movies, the actress couldn’t score in famous list of the industry for long run. She witched into producing films from her own production house Desi Magic.

#3 Dia Mirza: Who couldn’t impress by the beauty of Miss Asia Pacific 2000, Diya Mirza. Diya is one of the dream girls of 90’s Hindi movies. Her movie Rehna Hai Tere Dil Mein is a timeless romantic picture which is also her debut movie. Although RHTDM was a box office hit, Diya Mirza couldn’t hold the success record further. Needless to say, her appearances always set the screen on charm. The actress is more into social working nowadays and helped many cancer patients.

#4 Celina Jaitley: The actress won the title of Miss India and was fourth runner up at Miss Universe Pageant in the year 2001. Her success could not follow in her Bollywood acting career. Celine fails to impress the audience despite her hot and attractive look. She now lives in Singapore with her husband and three kids.

#5 Zarine Khan: Zarine Khan’s first appearance was in the opposite lead of Salam Khan in the movie Veer. She beauty and look even compared as a duplicate of Katrina Kaif. Her acting talent and skill praised by the audience. Zarine casted in big budget films like Housefull 2 and Hate Story 3, but failed to score bog on silver screen.

#6 Soha Ali Khan: The Daughter of the legendary actress Sharmila Tagore, Soha Ali khan appraised for her acting skills and beauty by many. Rang De Basanti, Tum Mile were two of her remarkable films. Soha also failed to make it big despite being capable of a charmer. The actress has more focused into TV shows now.

#7 Shruti Hassan: The daughter of Kamal Hassan, Shruti Hassan failed to impress the audience of Hindi films. Her debut movie Luck failed to open the success lock of her career in Bollywood industry. She also acted in Welcome Back, Ramaiya Vastavaiya, Rocky Handsome but these productions are refused by the audience. Though Shruti Hassan is a successful name in Telegu Industry.

#8 Diana Penty: Model and actress Diana Panty, started her acting career in the film Cocktail. Her performance in Cocktail got many awards as the debut female after her first film. Later she appeared for few movies but fail to make a successful impression on those. She was signed for the Elite Models India for modeling. She is also the face of Maybelline and brand ambassador of Nokia and hair brand TRESmme. Beside the actress tied up with big brand names, she could not bag a big role after her movie.

#9 Sonal Chauhan: Sonal Chauhan caught the audience attention on the movie Jannat. The song ‘Zara Si Dil Mein’ from the Jannat was made her a known face in the industry but failed to make a long-time space in the heart of the audiences.

#10 Nargis Fakhri: The Rockstar starrer Nargis Fakhri highly praises by her performance in the movie in the opposite lead of Ranveer Kapoor. Nargis was also acclaimed for her acting in a political thriller film Madras Café. The American Model made a charming impact by her appearances in Bolly movies. Nargis bagged successful comedy film like Housefull 3 and Main Tera Hero but in terms of a successful career she couldn’t step ahead.

Hit and miss is a part of a career. Despite being a charmer and capable of the needed qualities, it seems luck doesn’t flick always.