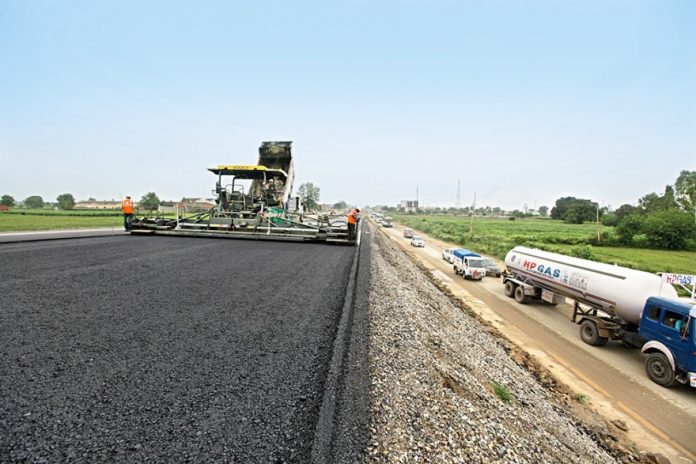 New Delhi:  India needs to spend $1.4 trillion on infrastructure to remove the constraints in growth, as power shortages, inadequate transport and poor connectivity affects overall growth performance, and to achieve a GDP of $5 trillion by 2024-25, Economic Survey 2019-20 said Friday.

The Economic Survey gave a detailed analysis of the trends in India’s infrastructure sector. The Survey emphasized that investment in infrastructure is necessary for growth.

To achieve GDP of $5 trillion by 2024-25, India needs to spend about $1.4 trillion (Rs 100 lakh crore) over these years on infrastructure so that lack of infrastructure does not become a constraint to the growth of Indian economy.

NIP is expected to enable well prepared infrastructure projects that will create jobs, improve ease of living and provide equitable access for infrastructure for all thereby making growth more inclusive, the Survey observes.

Projects worth Rs 42.7 lakh crore (42 per cent) are under implementation. Financing of the National Infrastructure Pipeline will be a challenge but the Survey hoped that a bouquet of well prepared project will attract from Central and State Government, urban local government, banks and financial institutions, PE funds and private investors, both local and foreign.

The Survey marked that during the year 2018-19 Indian Railways carried 120 crore tones of freight and 840 crore passenger making it the world’s largest passenger carrier and fourth-largest freight carrier.

Taking a comprehensive view of Civil Aviation the Survey observed that India has 136 commercially managed airports by Airport Authority of India and 6 under Public-Private Partnerships for operation, maintenance and development of airports.

A total 43 airports have been operationalised since the scheme for operationalizing unserved airports (UDAN) was taken up. India stood first along with 7 other countries in airport connectivity according to the Global Competitiveness Report 2019 of World Economic Forum. To ease the strain on existing airport capacities 100 more airports are to be made operational by FY 2023-24.

The Survey noted that to continue with the high growth trajectory the Government has been providing a congenial environment so that Indian carrier double their fleet from about 680 aircraft at the close of 2019 to 1,200 by FY 2023-24. In the Telecom Sector the Economic Survey noted that there are four major players in the telecom sector in India today — three in the private sector and BSNL and MTNL in the public sector.

The Survey highlighted that since the price of data in India is among the lowest in the world it will help to achieve the goal of developing broad-band highways as part of the digital India campaign.

The Economic Survey observed that India is the 3rd largest energy consumer in the world after the US and China. India’s energy requirement is fulfilled primarily by coal, crude oil, renewable energy and natural gas.

The Survey said that India has a refining capacity of 249.4 MMTPA and is the fourth largest in the world after the US, China and Russia. There is a need to augment refining capacity to meet the growing demand for petroleum fuels and petrochemicals.

The Survey underlined that access to electricity is necessary for making growth inclusive and for promoting ease of living.A Pradhan Mantri Sahaj Bijli Har Ghar Yojana (SAUBHAGYA) was launched on September 25, 2017 with an outlay of Rs.16,320 crores to achieve universal household electrification by providing last-mile connectivity by 31-03-2019.A

While giving an overview of the construction sector the Survey said that it accounts for 8.24 per cent of GDP which includes housing and employs about 12 per cent of the workforce.

The Pradhan Mantri Awaas Yojana -Urban (PMAY-U) was launched in June 2015. The Survey said that it is one of the largest housing schemes of the world covering entire urban India and is being implemented through four verticals. The scheme is moving towards achieving the vision of pucca house to every household by 2020. Thirty-two lakh houses have been completed and delivered.

On a positive note the Survey stated that there has been a notable turn around in mineral production because of policy reforms and production of major minerals during the year 2018-19 has recorded a growth of 25 per cent when compared to last year in terms of value.